After our very own Anita informed us that, during her recent trip to London, she’d had a hand in signing the card that had been given to the boss during the ‘A Night to Inspire’ annual charity event, we were instantly curious.

Therefore, we spoke to the organiser of said ‘thank you’ card ourselves, Ricky Garcha.

“I was invited to the Arsenal foundation charity ball through a friend, Akhil, who became friendly with the events team after getting married at the stadium recently,” Ricky explained to us.

“With Arsene recently completing 20 years with the club & the uncertainly over his future, I decided to have a card made that friends and family could sign with a personal message to thank him for 20 years service.

“The only agenda was to present him with something to let him know how much he’s been appreciated by those who wanted to sign.” 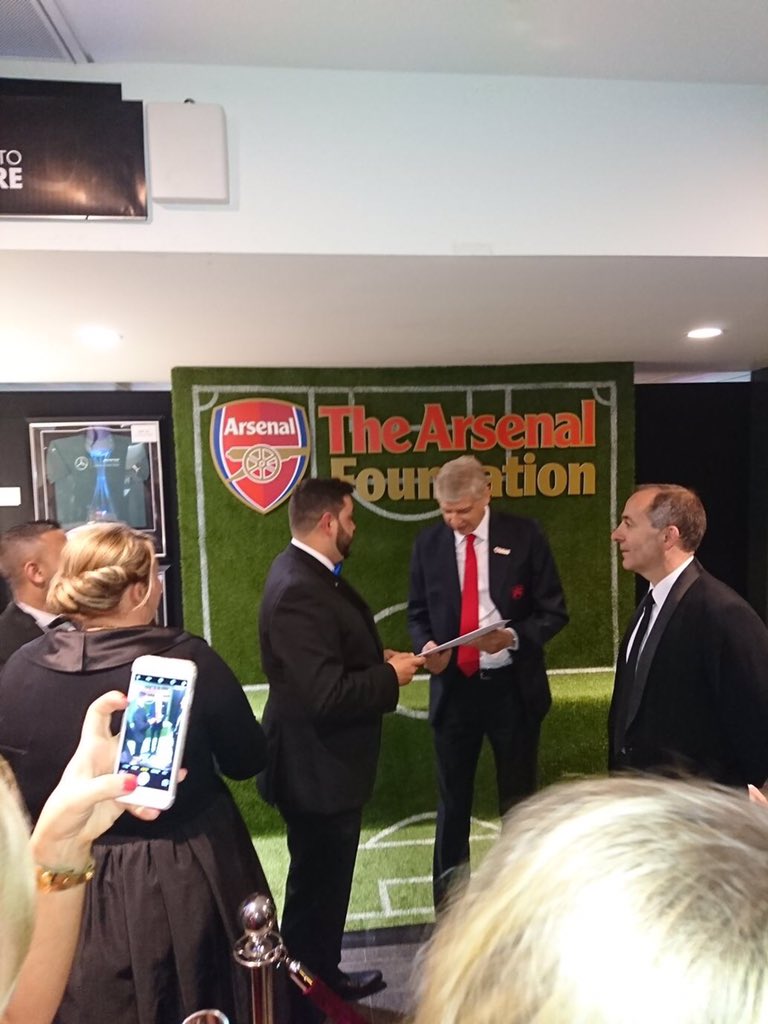 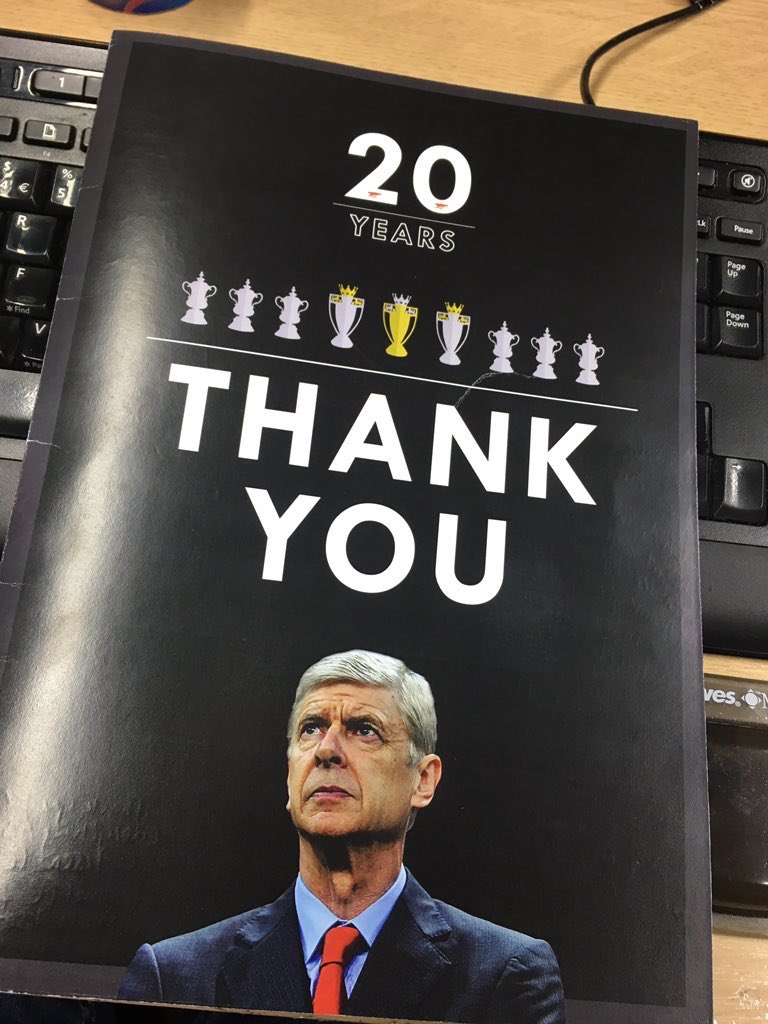 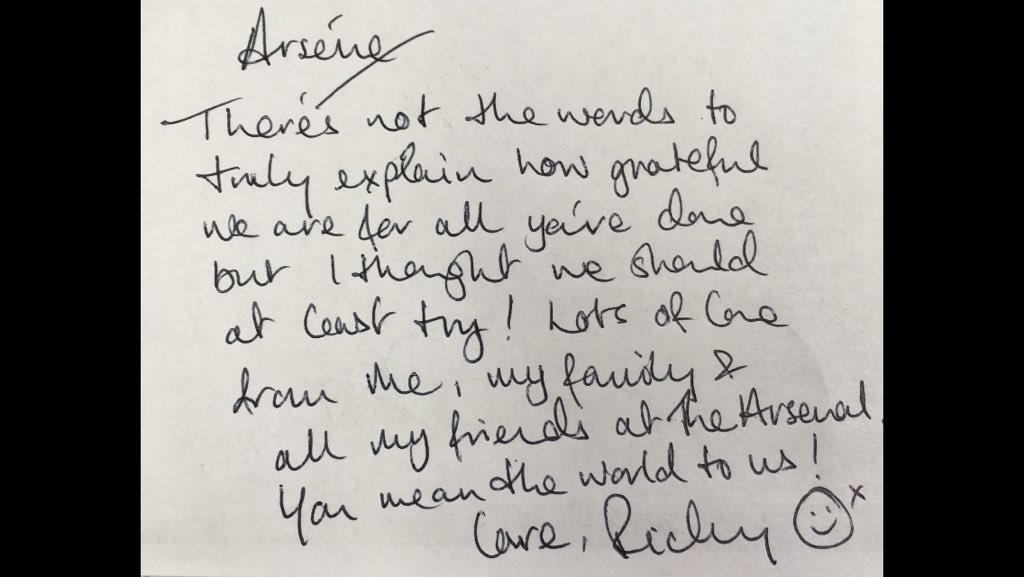 Wenger hasn’t just been Arsenal’s longest serving manager, he’s become a man who many of us see as a bit of maverick. He’s a tad unhinged sometimes but so are most people worth knowing.

He’s the only manager I’ve ever really known at Arsenal and it’s comforting to know that regardless of what goes down over the next few months, there are others out there who love him as much as I do.