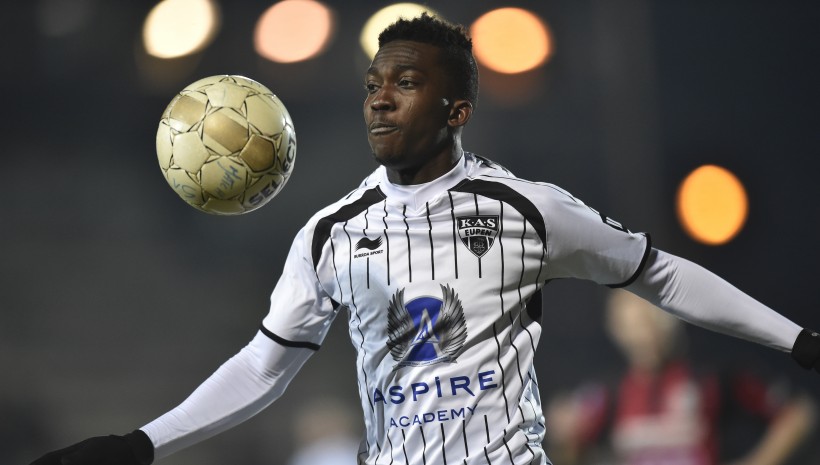 Henry Onyekuru claims he’s ‘ready’ for the Premier League amid rumours that Arsenal are currently in talks with the KAS Eupen winger.

Onyekuru has made no secret of the fact that he supports Arsenal and that Thierry Henry was his role model growing up.

Recently, his ‘dream’ club have reportedly been in talks with KAS Eupen over a move for the Nigerian winger, who’s scored 24 goals in 41 appearances this season.

Apparently, the Gunners are prepared to pay the 19-year-old’s £6.8m release clause and talks are ‘progressing well’.

Speaking recently, Onyekuru was obviously vague about who he is and isn’t talking to, and where he will or won’t be playing next season. However, he did make it clear that he ‘knows’ he’s ready for the Premier League.

“Everything is possible. Anderlecht, Club Brugge, England… I still haven’t decided,” he informed reporters in Belgium.

“I have had fun in Belgium, but I have always dreamed of the Premier League.”

When he was quizzed over whether he believed he was ready, he said: ”Believe’ is not the right word. I know I’m ready. I’m sure of that.”

Well, he’s certainly not short of confidence then.

His contract with Belgian club KAS Eupen runs out in 2020.