Arsenal welcome Leicester City to the Emirates on Wednesday night hoping to win back-to-back league games for the first time since January.

With it working so well against City and the players saying the change of formation has given them a new lease of life, we are likely to see another back three against the Foxes.

Arsene Wenger wasn’t able to give many updates at his brief press conference on Tuesday morning. What we do know is that Alex Oxalde-Chamberlain was on crutches after the semi-final win, precautionary more than anything, while the rest of the players are likely in need of a breather.

In my predicted XI for this game, I’ve rested Rob Holding and dropped Monreal back into one of the centreback slots. Wenger could always start the youngster, but we don’t want to kill him. Per Mertesacker also exists, but it’s unlikely we will see him.

Back into the side come Hector Bellerin, Kieran Gibbs, Francis Coquelin and Theo Walcott.

Faith in this prediction? 20%

Sometimes I think Arsene picks his lineups just to mess with me. That, or I’m just not very good at it. Let me know what you think on Twitter @DailyCannon 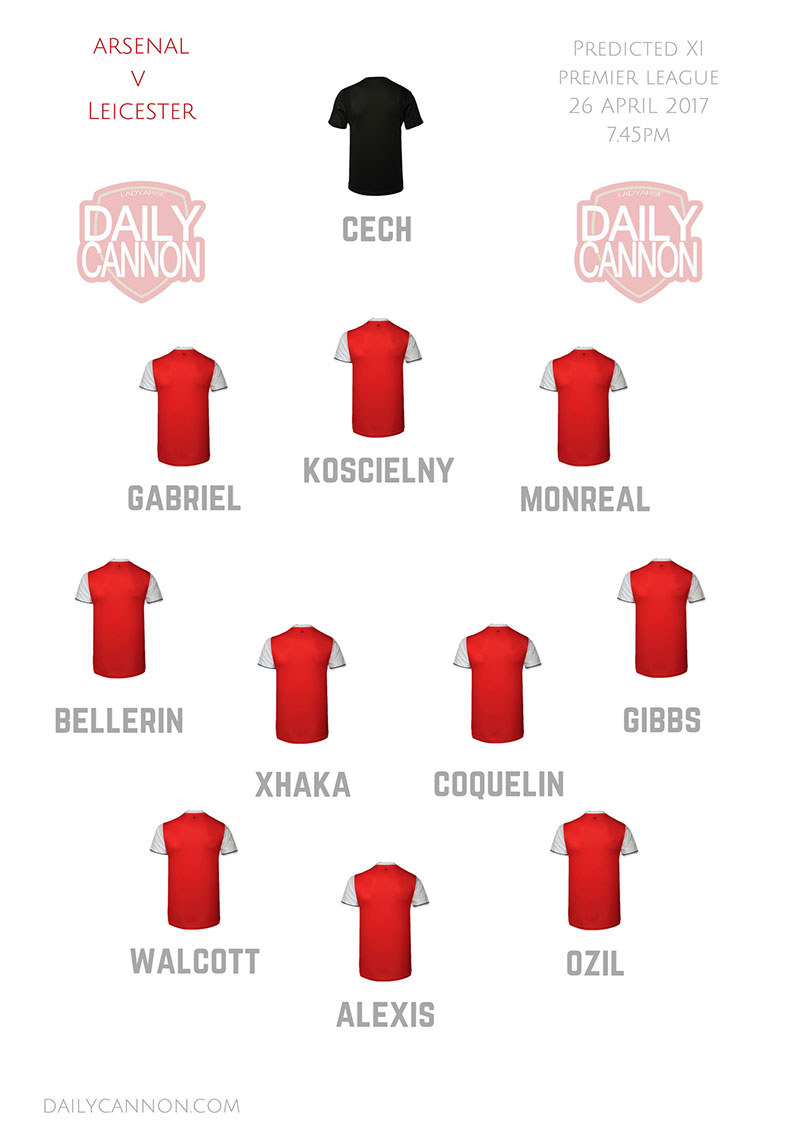