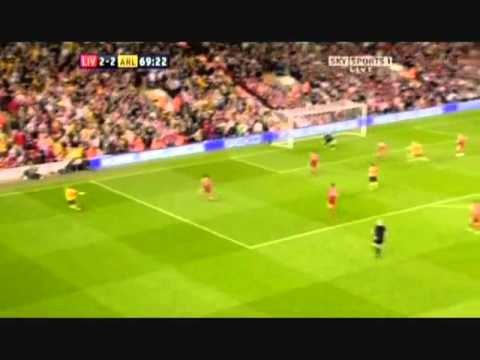 Arshavin signed for Arsenal from Zenit during the winter transfer window in 2009. After making his debut in February against Sunderland, he would go on to score his first goal for the club against West Brom in March.

A couple of games later, he also scored against Wigan.

However, his greatest achievement and possibly the best moment of his Arsenal career was when he scored four at Anfield.

Arshavin opened the scoring in the 39th minute, only to have Fernando Torres equalise after the break.

Yossi Benayoun put Liverpool 2-1 up early in the second half before Arshavin drew Arsenal level again and put the Gunners 3-2 ahead just three minutes later.

It only took two minutes for Torres to score a second.

Unfortunately, Benayoun brought the score level for the final time in the 93rd.

It was a massive game and would have been amazing to watch from a neutral perspective. Arshavin will always be remembered for scoring four at Anfield.