With Jeff Reine-Adelaide now ruled out for the rest of the season, how is Arsenal’s squad looking going into their FA Cup clash against Manchester City?

The midfielder only made six appearances for Arsenal’s first team this season, three of which were in the FA Cup. Therefore, while it’s likely that Arsene Wenger will pick a full strength side to face City at Wembley on Sunday, Jeff also could have been given a chance to feature.

Jeff announced that he would miss the rest of this season via his social media. However, at the time of writing, no one seems sure what he’s injured.

Jack’s suffered a hairline fracture to his left fibula – the same injury that kept him sidelined for the best part of last season – after a collision with Spurs’ Harry Kane on Saturday.

Although he’s on loan at Bournemouth and therefore wouldn’t have featured against City at the weekend anyway, it’s tough news to take.

Welbz wasn’t included in Wenger’s squad to face Middlesbrough on Monday with a toe injury. However, he’s said to have a good chance of facing City on Sunday.

The German international missed the trip to the Riverside Stadium this week due to a thigh injury. Although he’s a doubt for Sunday and is far more likely to return for the Leicester game on Wednesday, there is a slight chance.

Theo was benched against Boro but it seems that this was more of a punishment for his post-Crystal Palace comments as there have been no updates or reports on any sort of injury.

“That wasn’t us tonight,” Walcott said following the 3-0 loss. “We are all disappointed in the changing room, like the fans are. We let them down. We can only apologise. They wanted it more. You could sense that from the kick-off.”

Wenger was not impressed with the forward’s outburst, branding them ‘unacceptable’.

Lucas has been given a return date!

The Spaniard has been out of action since the trip to the Hawthorns with a quadricep injury but he’s set to return at the end of the month. We shall see.

The goalkeeper landed awkwardly during Arsenal last clash with City, which ended 2-2. It doesn’t appear that he’ll be ready to face them this time around at Wembley and although he’s due back for the Leicester game, now that Petr Cech is fit, it’s unlikely that we’ll see Ospina feature. 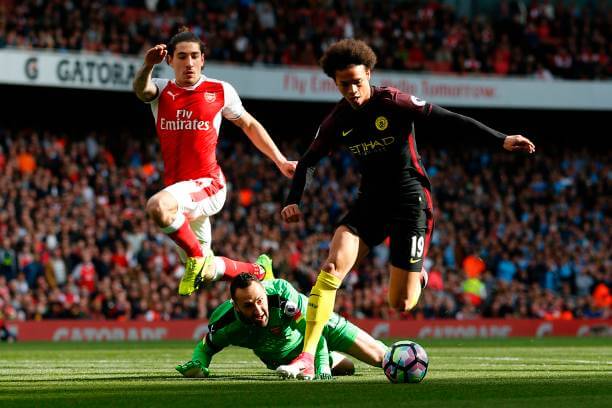 The Spaniard is out for the rest of the season after his ankle operations.

Arsenal 21yo returns to the pitch days after hospital visit

Thomas Partey update after midfielder asks to be subbed

Mohamed Elneny to return to full training next week