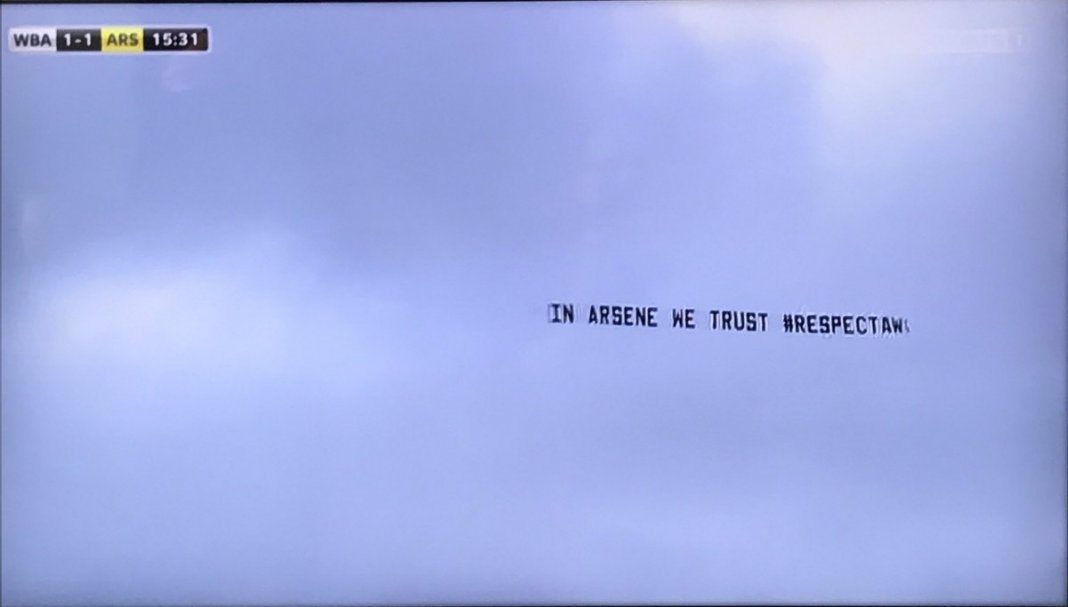 First there was going to be a banner, then there wasn’t, in the end, Arsenal fans got two banners over their game at the Hawthornes and found one a little less cringey than the other.

It seems as if reports that the Wenger Out banner would not make it because of the weather were wide of the mark as it was the first to appear on the horizon. What nobody was expecting, however, was one in support of Arsene Wenger too.

Apparently there is a plane up there somewhere.

That was worth the money then.

For the love of Dennis. pic.twitter.com/IjjTrqf5Wl

In case you were wondering what UKIP morons occupy their time with post-Brexit. Here you are. #Arsenal pic.twitter.com/CQxdKl0p9k

Ooohhhh. That West Brom plane company is eating this weekend!

Yeah, where's the 'we think it's time for change but we'll be respectful about it' banner? https://t.co/q0S3f58TFH

Arsenal fans are like no other. We've taken our civil war to the fucking sky man.