Arsenal face Lincoln this weekend in the FA Cup in what should be a straightforward game to get them back to winning ways.

Arsenal have won only two of their last six games – against Sutton United and Hull City – and coming on the back of another Bayern battering, I’m hopeful that Arsene Wenger selects a pretty strong team against the Imps.

We saw Alexis on the bench against Sutton but I fancy that he will start this game, especially with all the nonsense surrounding him and the club at the minute. In fact, it’s hard to see many changes coming.

David Ospina will keep his place, as will Hector Bellerin unless Wenger opts to play Ainsley Maitland-Niles. Rob Holding should come in, and give Mustafi’s form lately, he should be the player to drop out. At left back, Kieran Gibbs, who will feel unlucky not to have been selected against Bayern, should replace Nacho Monreal who is struggling.

In midfield, Ramsey could start again but after only returning from injury and playing midweek, he could be rested. Coquelin could also come back in, but I’m hoping he won’t.

Up top, Lucas should finally get a start.

Confidence level in this lineup – 10% 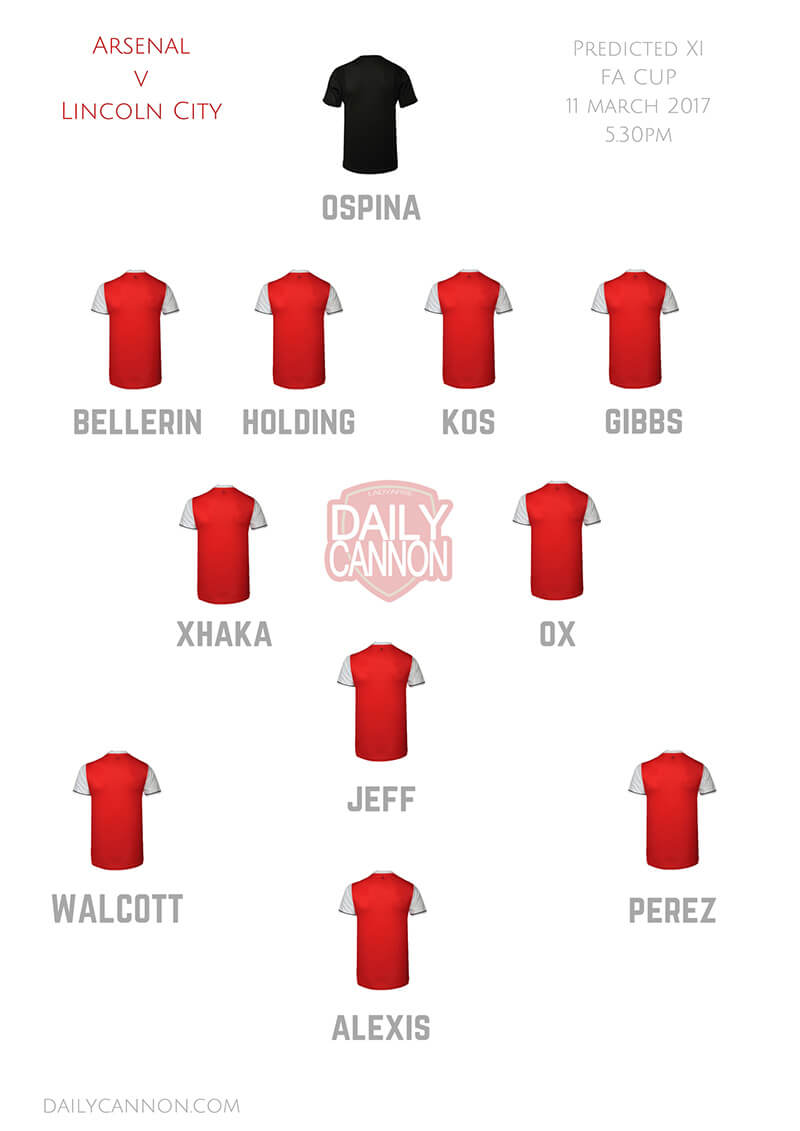