Arsenal head to Stamford Bridge this weekend with a bit of a problem.

He didn’t seem too concerned about it at his press conference, highlighting the players he had at his disposal who could play in there. But there’s no denying they are all inexperienced options – even the Ox who isn’t accustomed to playing in there regularly, despite how well he’s done recently.

But Wenger also needs to do something about our attack. Against Watford, with Giroud back in from the start, we were static – a stark contrast to the side that ripped Southampton to pieces in the cup in the previous game.

So, I don’t know if this is the lineup I want, or the one I think Wenger will pick. Either way, I’d bench Giroud to use his super-sub abilities. 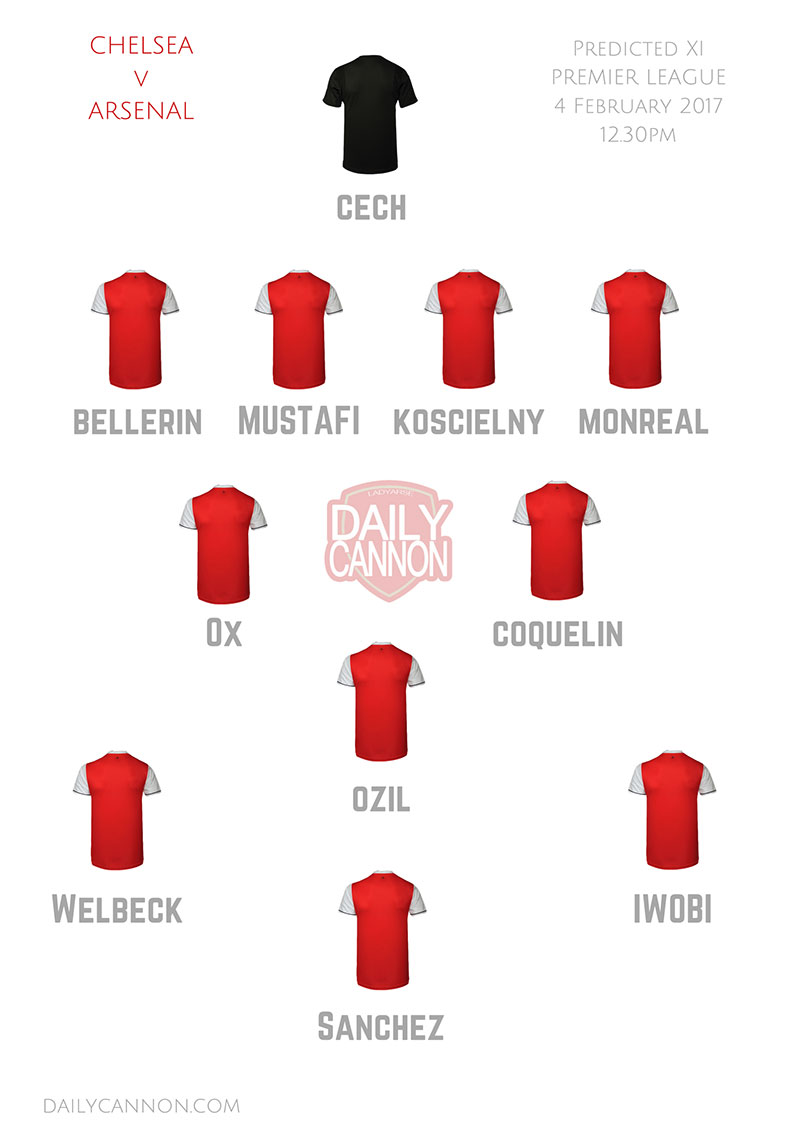 Emile Smith Rowe hoping to be back sooner than expected