After a two-month break, the Champions League is back with Arsenal’s annual trip to Bavaria.

Bayern Munich are hoping for a game of football, encouraging us to leave our bus outside, but that sounds like a bit of a trap if you ask me.

We'll be bringing the whole squad on this, but we'll leave the bus in the parking lot 😉 pic.twitter.com/zkQpXzsAtk

Maybe on our day we could go toe-to-toe with the Germans. But we haven’t been on our day for a while now. It would take a brave person to think that we would magically find it in Munich. This is Arsenal though, and stranger things have happened.

My prediction is we will adopt Plan Man City; maintaining a solid base, parking up our bus and trying to attack with lightening pace.

With that in mind, this is how I think we will line up: 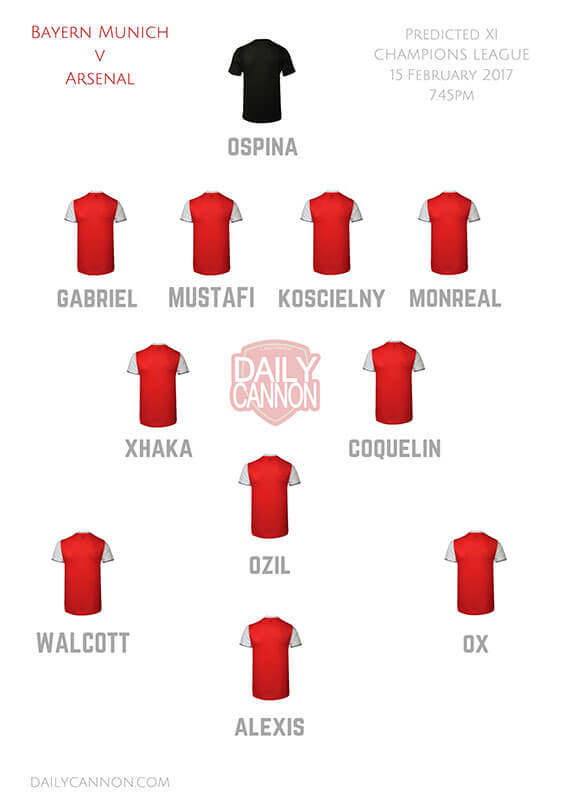