Achille Degan, a winger from the fifth tier of French football, has reportedly ‘set up camp’ outside Arsenal’s London Colney training ground, in the hopes of securing a trial with the club.

Degan, 24, spoke exclusively with the Daily Star as he travelled to Colney on the bus from Radlett, carrying his kit with him just in case.

“I am courageous and determined,” Degan said.

“I want to show by my courage that I can succeed and to show the world that only willpower, perseverance, fight, work and vision can take us where we want to go.

“These are good values. I want a chance of a few days or a month to prove myself.

“I know that with Arsene Wenger and the team, I will become an excellent and great player. I will change and bring something new, different.

“The coach does not know me yet but I know him and I admire him. 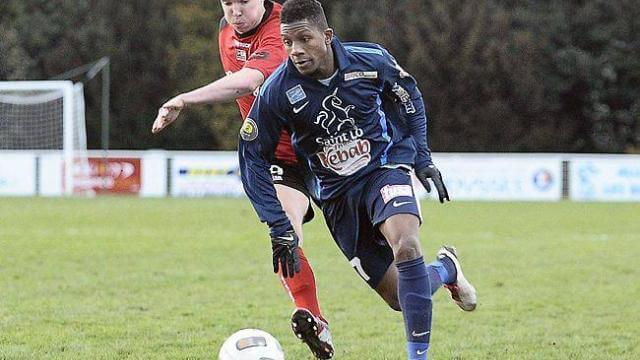 “I respect the work he has been doing for all these years and I don’t think it is over, he still has much to give to Arsenal. Much more.”

The Daily Star go on to say that there is ‘precedent,’ citing Cohen Bramall who was signed from non-league Hednesford Town. It doesn’t take a genius to work out, however, that there is a bit of a difference between a player who has been scouted by the club and one who just turns upon their doorstep.

Degan played with Saint-Lo Manche last season. He was released in the summer with three other players as the club looked to reshape.

Despite the Star’s headline claiming that the player was at Colney for talks, this is misleading in the extreme from the tabloid. 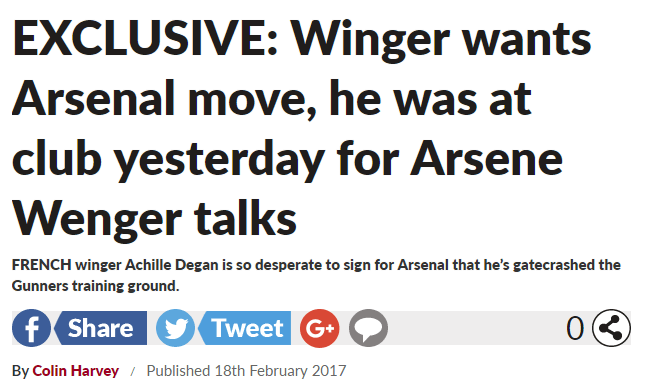 Arsene Wenger has not met with the player, nor does he seem to have any plans to do so. If he does, it would most likely be due to the publicity surrounding him waiting outside the ground, but it’s unlikely the club would want to set that sort of precedent.

Who knows how many others would turn up?

Folarin Balogun being watched ahead of January move