Dan Crowley played the full 90 for Go Ahead Eagles as they lost at Roda JC Kerkdade.

The Arsenal midfielder, who wears the number 7 shirt although he plays in central midfield,  could do nothing to stop his side being shot down by a single Roda goal.

Coming in the 70th minute, Chris Kum received the ball from Mitchel Paulissen after a set-piece and made no mistake from the centre of the box. 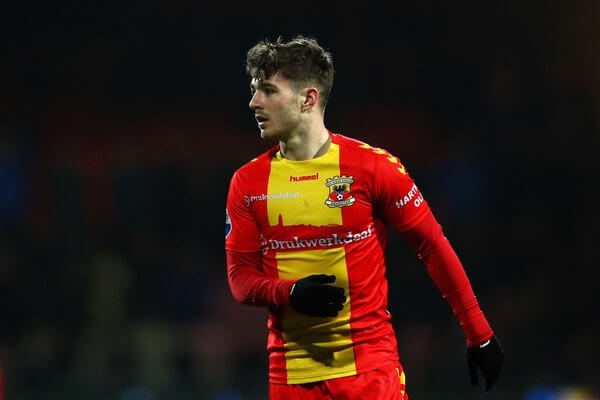 Crowley also found himself in the book just a minute before the goal for a poor foul.

Elsewhere in the Netherlands, Gedion Zelalem was an unused substitute as VVV Venlo won 1-0 at FC Volndam. Aaron Eyoma was not included in the squad.

Venlo’s single goal came in the 9th minute, scored by Moreno Rutten after receiving the ball from Torino Hunte.

Arsenal 19yo finally in positive contract talks over expiring deal

‘No desire’ to keep Dani Ceballos at Arsenal