Metro are reporting that Santi Cazorla’s reps are pushing for a move, basing their claims on reports from Turkey.

Now, if they’d spent just five seconds researching what they were writing about, they would have realised that Santi Cazorla agreed an Arsenal contract MONTHS ago. Although Arsenal have not yet announced this (for whatever reason) it has been registered with the FA. 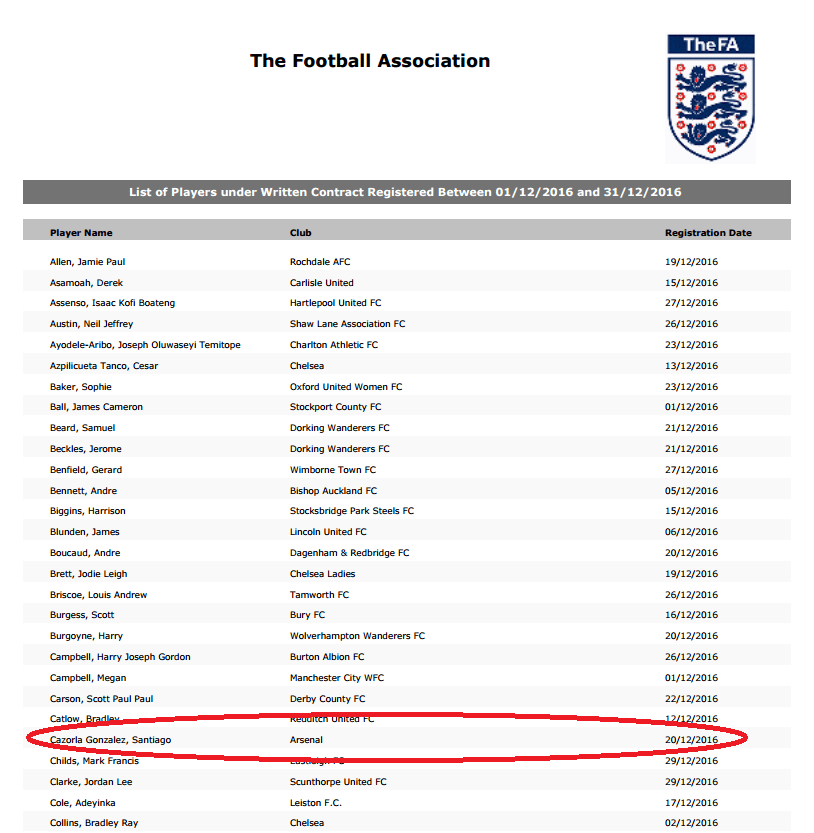 Metro add that the midfielder’s contract expires in the summer. It doesn’t. He had an option for an extra year and the club exercised it. 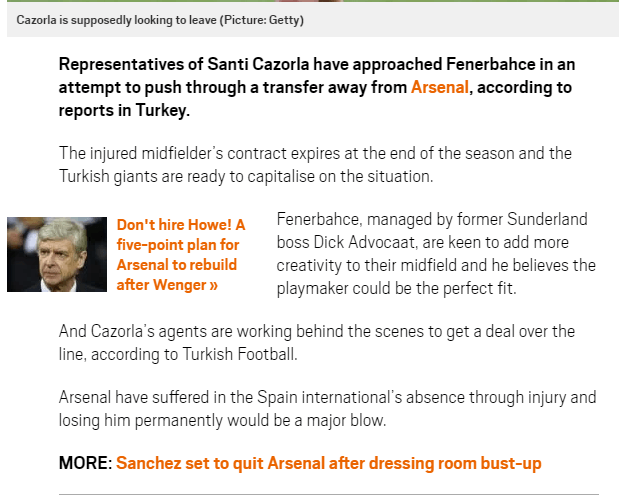 There is no story here other than yet another example of people parroting information without checking facts and trying to pass it off as ‘news’.

Oh, and about the ‘bust-up’ story at the bottom of that screenshot, Arsene Wenger denied this.