After narrowly beating West Bromwich Albion 1-0 at the Emirates on Boxing Day, Arsenal travel to The Hawthorns on 18 March.

The Premier League clash sees West Brom, who are currently stone-bonkers last of the Injury League table, host the Gunners, who have been up in fourth more or less the entire season.

In the actual League, the Baggies aren’t doing too badly either, currently sitting eighth having won or drawn four out of their last four Premier League clashes.

Arsenal have always had a bit of trouble against the physical Baggies, hopefully we don’t lose anyone against them.

Here’s who’s currently out for West Brom almost a month ahead of the clash. 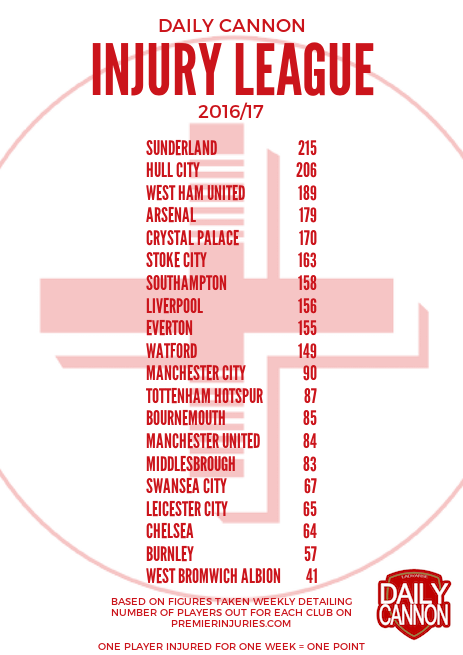