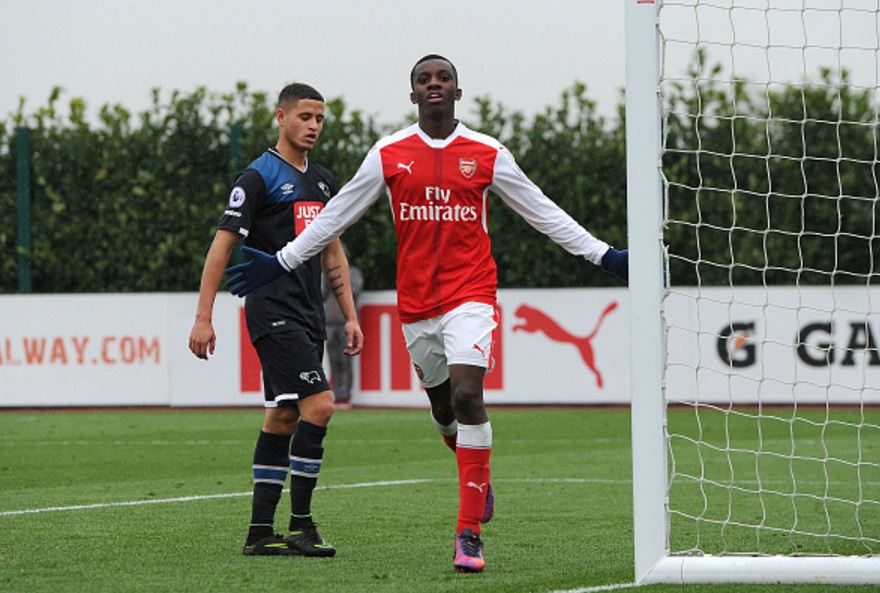 Having prevailed with a slender 2-1 win over Derby County this past Friday afternoon, Arsenal’s u23 side moved up a place into fifth in the Division 1 league table.

During the post-match interview, Arsenal’s Ben Sheaf was asked about a range of topics including the importance of starting 2017 with a victory, as well as praising his attacking team-mates in the final third.

On a perfect start to the new year, the 18-year-old looked reflectively on the game itself and admitted it “could’ve been a bit better”, especially as Derby equalised with what he described as a “sloppy goal from a set-piece”, something that the Young Guns have a frustrating tendency to concede when under pressure in matches.

When questioned about whether it took time for the team to collectively get back into the swing of things, having had a mid-season break over the Christmas period: “A little bit of cobwebs were there, definitely. But after four weeks, maybe you should expect a bit of rustiness. But no, we’re glad to get the win and considering we had four weeks off it wasn’t a bad performance.”

Liverpool’s 3-2 win over Arsenal in December has propelled the Reds into the top three in the division with an extra game to play over the teams behind them and it was all the more important that the u23s came through unscathed against the league’s bottom side.

Sheaf was keen to stress the importance of Arsenal taking maximum points, with tougher matches against Southampton and Chelsea to play before the end of January.

“We just want to kick on from here and climb our way up the table.”

Edward Nketiah’s well-placed effort proved to be a crucial winner and Sheaf wasn’t shy to lavish praise on his attacking counterpart during the interview. “He’s brilliant, on or off the bench, he’s a threat all day. When he starts there’s goals. Him, Stephy [Mavididi], Chuba [Akpom]… whoever plays, we’ve got goal threats all over the pitch so yeah, he’s very valuable to the squad.”

On a personal level, this was Sheaf’s 11th league game of the campaign and the former West Ham youngster has only not featured when he’s been called up as a possible option off the substitutes bench for the first-team in cup fixtures.

He’ll be hoping to replicate the same sort of success that Ainsley Maitland-Niles is having as part of the senior squad with more regularity this term, a reward for his consistent displays at youth level as well as his patience and professionalism.

On his hopes for the coming twelve months he cooly responded, “Just to continue playing [with the] u23s, train as much as I can with the first-team and just get in the boss’ eye as much as I can and carry on the way I’m going.”