Just two days after Arsenal’s 2-0 win against Crystal Palace at the Emirates and THAT Olivier Giroud goal, the Gunners travel to Bournemouth hoping for a similar performance.

Despite the Premier League match coming so soon after our New Year’s Day win, I doubt we’ll see too much rotation.

With Shkodran Mustafi back in training, however, we could see him step back into his rightful place at centreback. Gabriel has done a solid job but having the German international in the side will be brilliant.

Speaking of German internationals, Mesut Ozil missed the Palace clash due to sickness and I imagine, since it’s only been two days, we won’t see him against the Cherries either.

We could see Aaron Ramsey step in the Mohamed Elneny alongside Granit Xhaka, since the midfielder was subbed on at the weekend.

Other than this, I think Giroud will be rewarded for his amazing performance against Palace with another start. 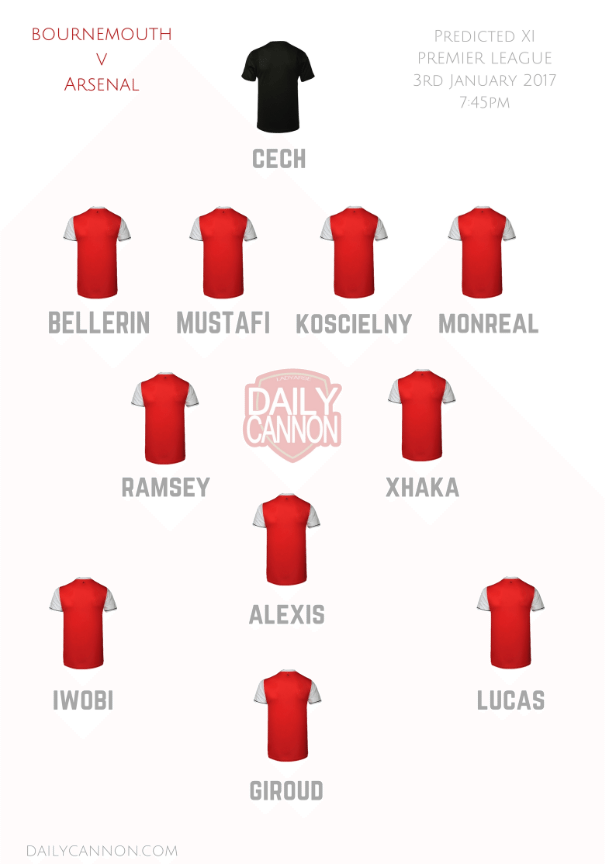 What games will Granit Xhaka miss through suspension?