Per Mertesacker has used his programme notes this week to say how delighted he is with his new contract and to highlight how the team need to maintain their focus until the end of the season.

“In general,” Per told the matchday programme, “I like what I’ve seen in 2017 so far, but we just have to keep working hard.

“Nobody in the dressing room wants to end this season looking at the floor feeling sorry for themselves or thinking about what we could have done better.”

Despite what many think, Arsenal are still in the title hunt.

The Independent published this, by Ed Maylon, on Saturday, before Spurs had dropped points at City (they only mention the three clubs as they were discussing possible January transfer window action):

This reply was probably this most insightful: 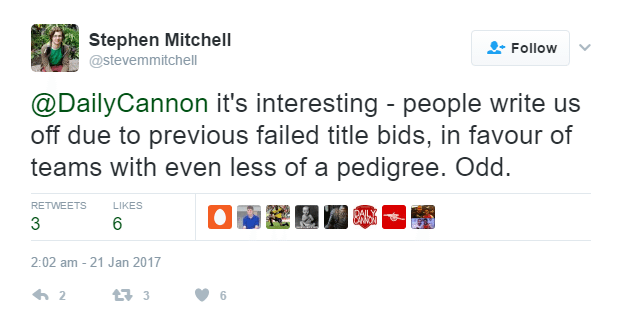 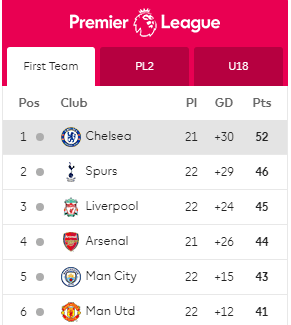 Should Arsenal beat Burnley today, they will move one point clear of Spurs.

It should have been two points, but Spurs’ opponents were once again robbed by an absolutely shocking referee decision, this time from Andre ‘why give anything?’ Marriner.