The Express are today claiming an EXCLUSIVE that Juventus boss, Massimiliano (Max) Allegri, is in ‘advanced discussions’ with Arsenal about taking over from Arsene Wenger when his contract runs out.

While I know many reading this will get all giddy at the thought of Wenger leaving, the Express’s track record when it comes to EXCLUSIVES is shady to say the best. They once claimed, with a full backpage headline EXCLUSIVE that Cesc Fabregas had agreed to join Manchester United.

That being said, this isn’t the first time that Arsenal have been linked with a move for Allegri however I do have to ask if it is a real story, would it really only warrant a tiny little block of text? After all, this is the longest serving manager across the top five European leagues and him leaving is going to be a pretty big deal. 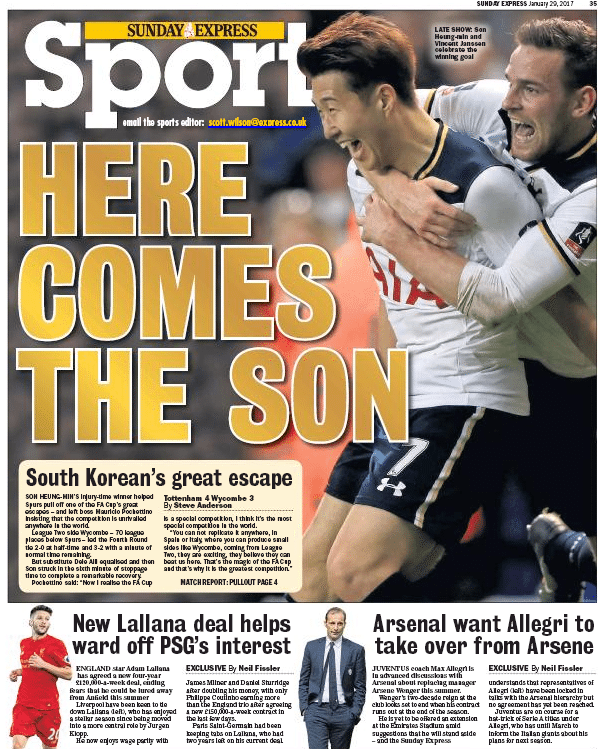 The Express claim no contract has been forthcoming from Arsenal for Arsene Wenger, but this is slightly misleading. The Arsenal hierarchy have always said that it will be Wenger who decides when he leaves.

They also state that Allegri has until March to make up his mind about where he will be next season, with Juventus also keen to know.

One week ago Allegri was said to have started talks with Arsenal.