West Ham have closed the gap on Arsenal in the Injury League table to just two points.

Last week, there were five points between the Gunners in third and Hammers in fourth but three new injuries to the east London team’s squad sees them creep closer up the table.

Hull City in second have also opened up a gap ahead of Arsenal. It was just two points but now the Tigers have jumped closer to Sunderland in first, ahead of the Gunners by seven. 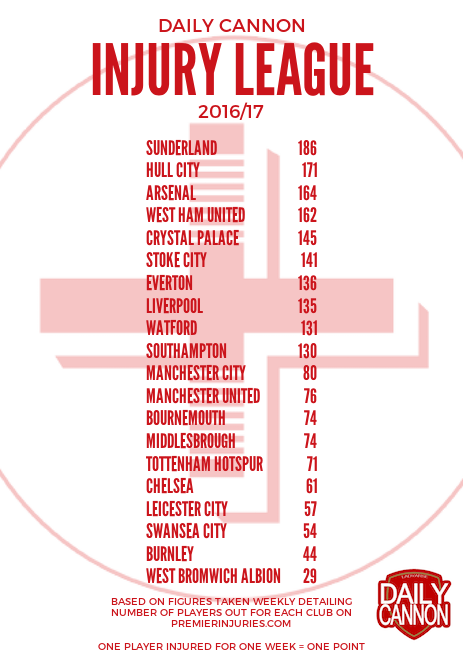 Here are all the injuries the top four teams in the Injury League table are facing.