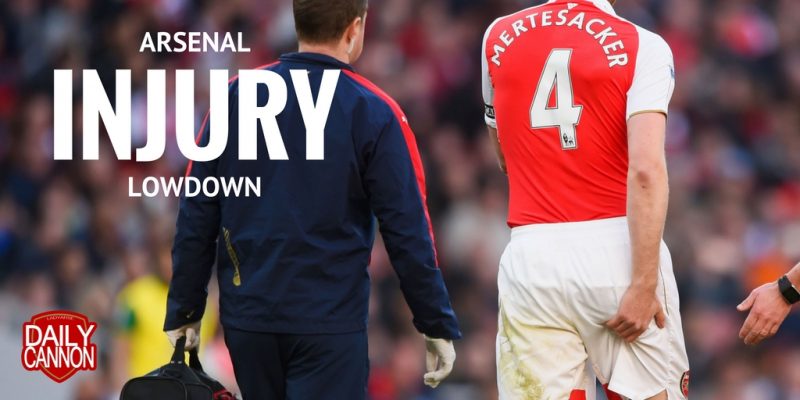 Wednesday is injury day on Daily Cannon so let’s take a look at the Arsenal squad and who is in, out and been shaken all about before our game at Swansea this weekend.

Picking up a problem in training, Arsenal were hopeful the scan wouldn’t show any serious damage. That being said, he is a massive doubt for this weekend’s game. With Debuchy also out and Carl Jenkinson not to be trusted, we could well see Gabriel shunted out to that position once again.

Out. Nobody knows when he’ll be back.

Out. Not expected back until the end of the month.

Out. Expected back in January, though, just in time to be sent to another club.

Doubtful. Picking up a knee knock on Boxing Day, Kieran could possibly return.

Missed out at the weekend through fatigue and cramp. Should be back in the squad this weekend.

In training but will not be involved.

It’s hard to judge if Theo is close to a return or not on the information available. Taking an average three-week healing process for a slight injury in this area, we would expect him back next week for Burnely but will update on site when we hear from Arsene Wenger.

Ozil has missed the last few weeks with illness. He should come back into the squad for our trip to Wales at the weekend.