After crashing out of the EFL Cup to Southampton midweek, Arsenal are expected to field a very different starting XI against West Ham on Saturday.

We’ll likely revert to our tried and – sort of – tested back four, as well as Petr Cech in goal. Although Mohamed Elneny is back in the side after being unwell against the Saints, I think it’s possible that Granit Xhaka will get a chance alongside Francis Coquelin in central midfield.

Further forward, it’s got to be Mesut Ozil in attacking midfield and with Arsene Wenger not entirely sure about Olivier Giroud’s fitness, I’ve gone with Alexis up front.

To the sides, Theo Walcott could step in and Alex Oxlade-Chamberlain could be rewarded for his good work midweek with a rare Premier League start. 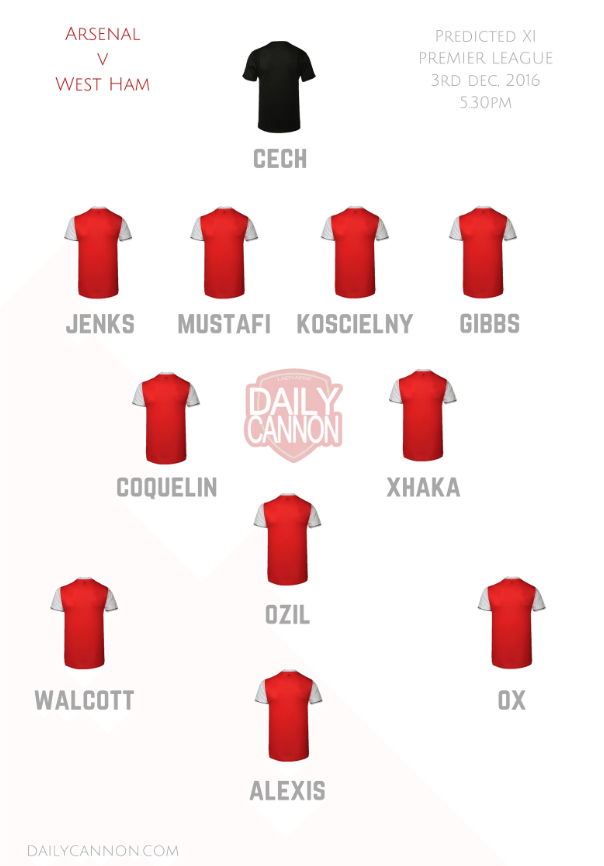