After Arsenal performed well against FC Basel midweek, I think a couple of players will get rewarded with starts against Stoke on Saturday.

Firstly, Petr Cech will step back between the sticks but that’s a given.

While Hector Bellerin is back in full training, I don’t see Arsene Wenger wanting to throw him straight into the action against such a physical team. Gabriel did well against Basel so I imagine he could get given the nod again at right-back while the rest of the back four will remain largely unchanged.

Elsewhere, I don’t think we’ll see too many changes, although after a string of decent performances, Alex Oxlade-Chamberlain could or at least should feature. 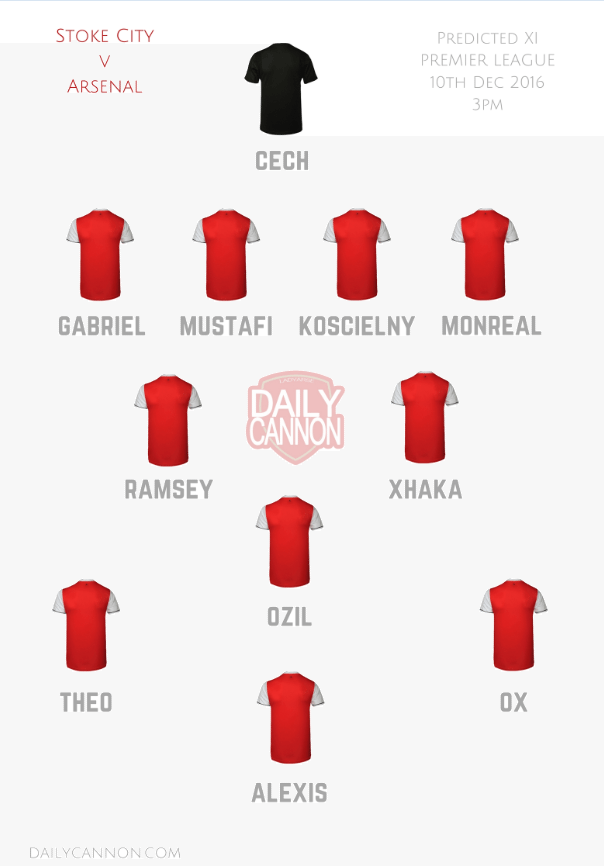 Granit Xhaka will earn much less at Roma than at Arsenal