It’s likely that the side Arsene Wenger fields against Everton on Tuesday won’t be much different to the one that beat Stoke 3-1 at the weekend.

With Hector Bellerin returning from fitness and Gabriel moving to centreback after Shkodran Mustafi limped off against the Potters, it’s likely that he’ll return to the starting lineup. His speed and creativity going forward was crucial in as equalising before the break.

Elsewhere, Gabriel will probably continue at centreback, with the rest of the defence, as well as Petr Cech, unchanged. 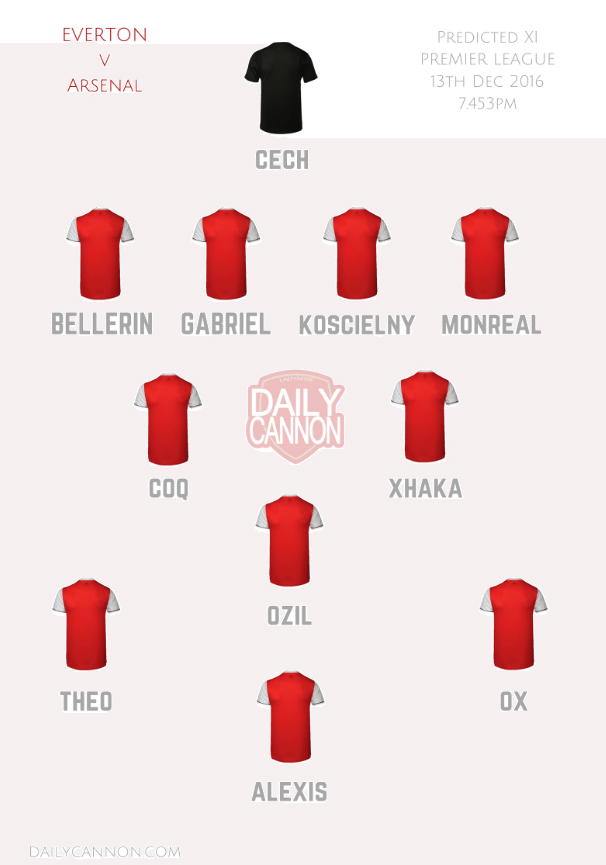