Worryingly, one of Arsenal’s top pass combinations against Manchester City was between Gabriel and Petr Cech.

That’s right, our centreback passed to our goalkeeper 10 times. That’s more than any other Arsenal pairing, except for Hector Bellerin to Gabriel and Gabriel to Bellerin. Good grief. 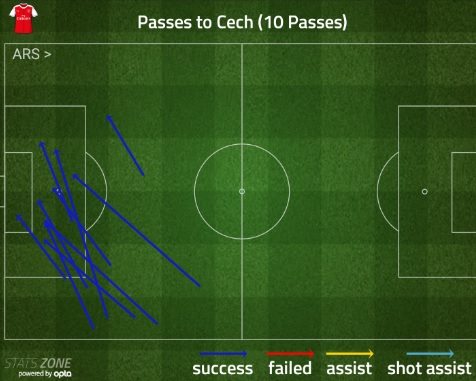 It wasn’t just three points lost and a 2-1 defeat; we were terrible. 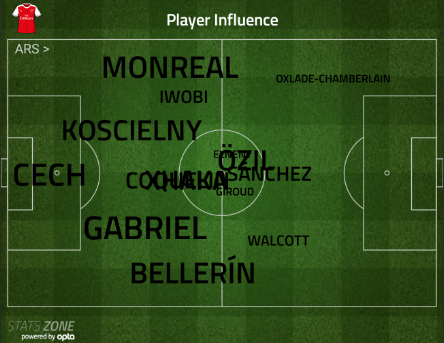 The fact that, as you can see, our defenders and goalkeeper had the most influence on the game, shows how terrible we were.

The win boosts City up to second in the Premier League, while we sit in fourth, with Liverpool above us on goal difference alone.

Spurs are just one point behind us.

This loss could have huge implications for the rest of our season and while I’m not going to state that our title run is over before it really began, I’m not exactly feeling optimistic.

Questions need to be asked about why we’ve played so badly, as if we don’t care, over the last couple of matches because it’s not on.

League One manager praises Omar Rekik ahead of January window

Arsenal 22yo faces 3 months out after surgery