In part of a batch of contracts being released by Football Leaks in conjunction with a number of media outlets, part of Thomas Vermaelen’s Barca contract has been revealed.

Vermaelen was contractually obliged to ‘make the maximum effort to integrate in Catalan society’ when he signed for Barcelona, with penalties to follow if he was deemed not to have done so.

He also had an even weirder clause which saw him receive €100,000 each year “in compensation for the right given to the technical staff to play [him] at any position on the pitch, to summon him or not for official or friendly matches and to use him or not for any useful sporting purpose.” This has been butchered a little by Google translate but seems to basically allow them to do whatever they want with him, or not. 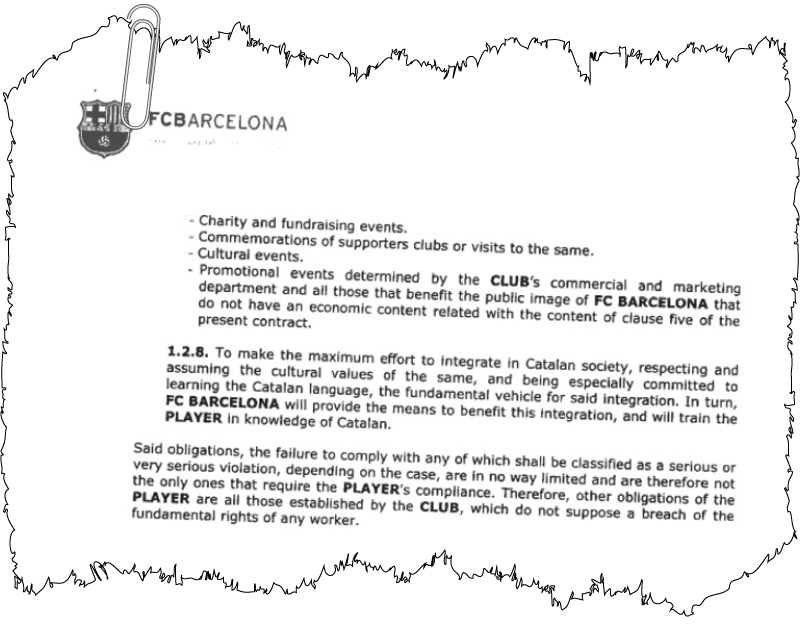 While I completely understand the need to have players integrate with their new society and culture, especially learning the local language, it struck me as odd that it would be taken so seriously as to be a contractual requirement.

That being said, the political situation in Catalonia is somewhat different than what we are used to in the UK. The independence movement there is strong and the Catalan identity is taken especially seriously.

In fact, Sergio Guardiola (no relation to Pep) knows better than most how seriously they take it. He signed a deal with Barcelona but had it terminated just two hours later after the club found anti-Catalonia tweets, sent two years prior on his Twitter account.  He denied all knowledge of the tweets, claiming that a friend must have sent them, but his arguments held no sway.

Guardiola is currently on loan with Adelaide United after signing for Granada B when his deal was cancelled by Barcelona.

Vermaelen, meanwhile, is on loan with Roma this season.  The 31-year-old made just 11 La Liga appearances for Barcelona, amassing a total of 568 league minutes.