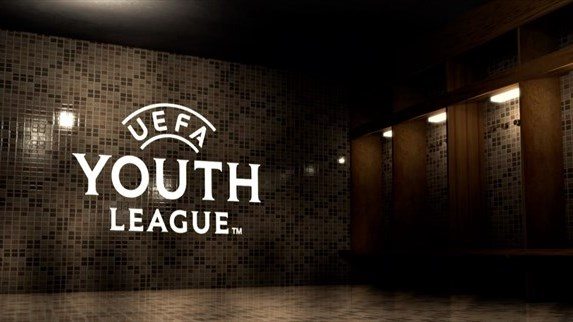 A well-taken stoppage-time equaliser courtesy of Stephy Mavididi, who previously levelled the scoring just before half-time, has ensured that Arsenal’s hopes of qualifying from Group A into the UEFA Youth League play-off places will go to the wire.

Having been held to a goalless draw against PSG last time around, it was clear that the u19s had to avoid defeat otherwise their fate in the competition would’ve been written with a group game left to spare.

Utilising a 4-3-3 formation, there was a second start for Jeff Reine-Adélaïde with the Frenchman being deployed on the left-hand side. Marcus McGuane, Kaylen Hinds and Reiss Nelson made up an interesting midfield trio, whilst there were only places among the substitutes’ bench for Vlad Dragomir and Edward Nketiah.

The hosts were unsurprisingly eager to get forward from the offset, whilst aiming to equally be comfortable in possession and reduce the amount of needless mistakes made – something that has been their downfall in recent seasons. Chiori Johnson and Kaylen Hinds were continually looking to get forward on the right, and PSG’s backline had to be alert when constant pressure was being applied.

Donyell Malen did well to swivel past his man effortlessly, but the Dutchman’s resulting effort was dragged low and fell into the hands of goalkeeper Sébastien Cibois.

Antoine Bernede broke the deadlock just a minute after Malen’s missed chance, weaving his way to the edge of the area before firing goalwards. Hugo Keto got a hand on the strike as he attempted to parry outwards, but it richocheted off him into the net, a goal that the talented Finnish ‘keeper won’t want to see again.

The 18-year-old showed his ability soon enough afterwards, making two impressive saves in quick succession to deny PSG a two-goal cushion, which was looking increasingly likely as the first-half wore on.

Against the run of play, Kaylen Hinds won a penalty after a good interception and pass from McGuane into his path. Whilst running into the area he was brought down by Alexis Giacomini, who could have no real complaints as he became the first player in referee Andrew Dallas’ book.

Mavididi blasted the resulting spot-kick into the bottom corner, giving Arsenal’s youngsters a renewed sense of hope ahead of the interval.

As the second-half began, neither side made any substitutions and PSG again found themselves in the ascendancy with regular counter-attacking moves from deep. Keto had to be regularly alert and made a succession of fine saves to keep his team-mates level, just like his contribution in the first 45.

Reiss Nelson was Arsenal’s all-action midfielder, constantly looking to get forward both with and without possession throughout, but wasn’t able to grab a much deserved goal for his efforts.

Time continued to tick down on the affair and with substitutes warming up, Andries Jonker remained patient and didn’t use any until the 81st minute. Josh DaSilva replaced Malen, who began to fade, in a sensible change.

However, Felix Eboa Eboa restored PSG’s slender lead with aplomb. From a corner-kick, Arsenal’s defenders were too static when attempting to clear and the ball fell perfectly to the Cameroon international, who thumped goalwards and watched his effort rattle against the top of the net with Keto helpless.

It was time to go for broke, and with seven minutes left, Edward Nketiah was introduced into the fray in an attacking substitution with centre-back Kristopher da Graca sacrificed. Arsenal’s situation was now simple: score, or they were eliminated from this season’s competition with a game still left to play.

McGuane, who had just picked up a knock to the face on the far side, was replaced by Dragomir with four minutes being signalled on the electronic board from the fourth official.

Make-or-break time. PSG packed players back in their half, defending off-the-ball, but their efforts were ultimately in vain. After a clever flick-on by Hinds on the edge of the box, Mavididi slammed a first-time strike into the bottom corner, giving Cibois no chance.

A collective sense of relief, Jonkier’s side battled hard and earned a point for their efforts. However, the job is far from done, as they’ve got to travel to Switzerland in a fortnight on a mission: win by two clear goals, or they’ll be consequently eliminated from the competition.