Mesut Ozil grabbed another assist on Sunday against Tottenham as he floated in the ball that Kevin Wimmer headed home beautifully.

He finished the game as the player with the most attacking third passes, chances created, was second in take-ons, and best Arsenal passer in a game that saw six Spurs players outpass him.

In truth, it wasn’t the greatest game from Ozil, but he was hardly alone in that. The rest of the Arsenal side looked nervous and this had a negative effect on their ability to play around Spurs.

In seasons gone by we might have lost this game. As it stands, we played quite poorly, they gave it everything, and they still couldn’t beat us.

Here are Ozil’s graphics from the game: 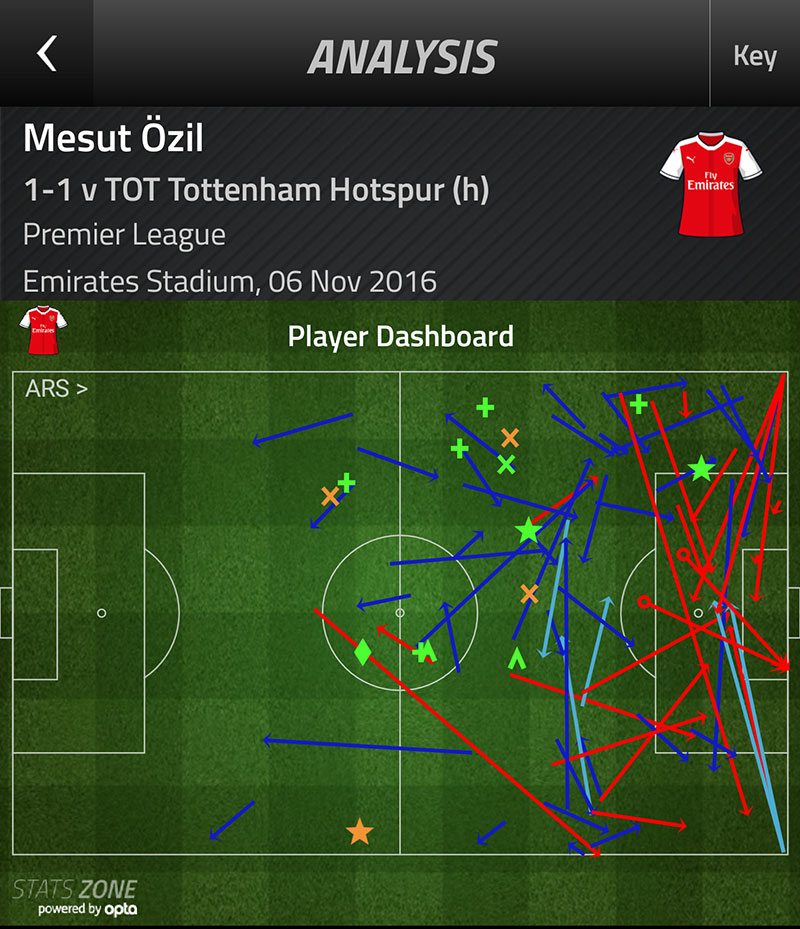 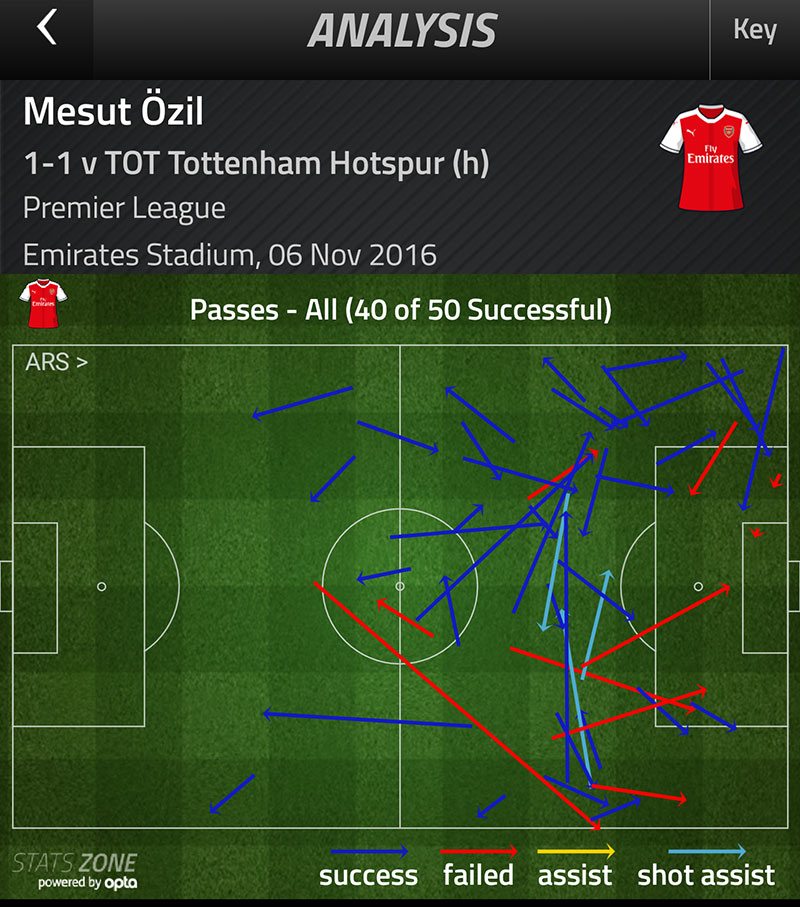 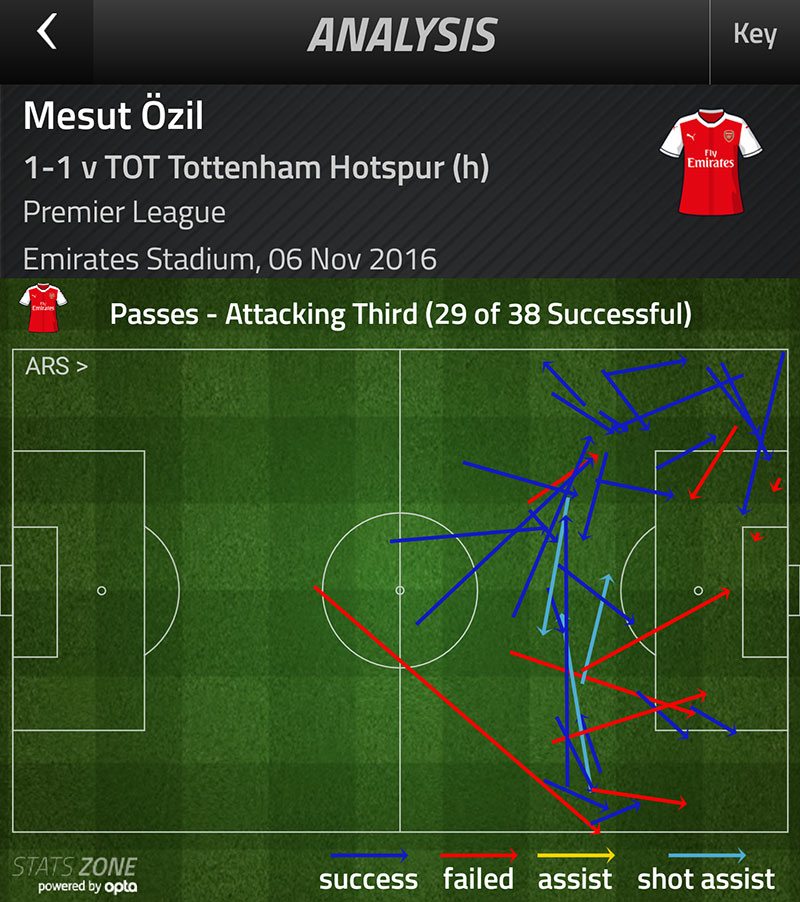 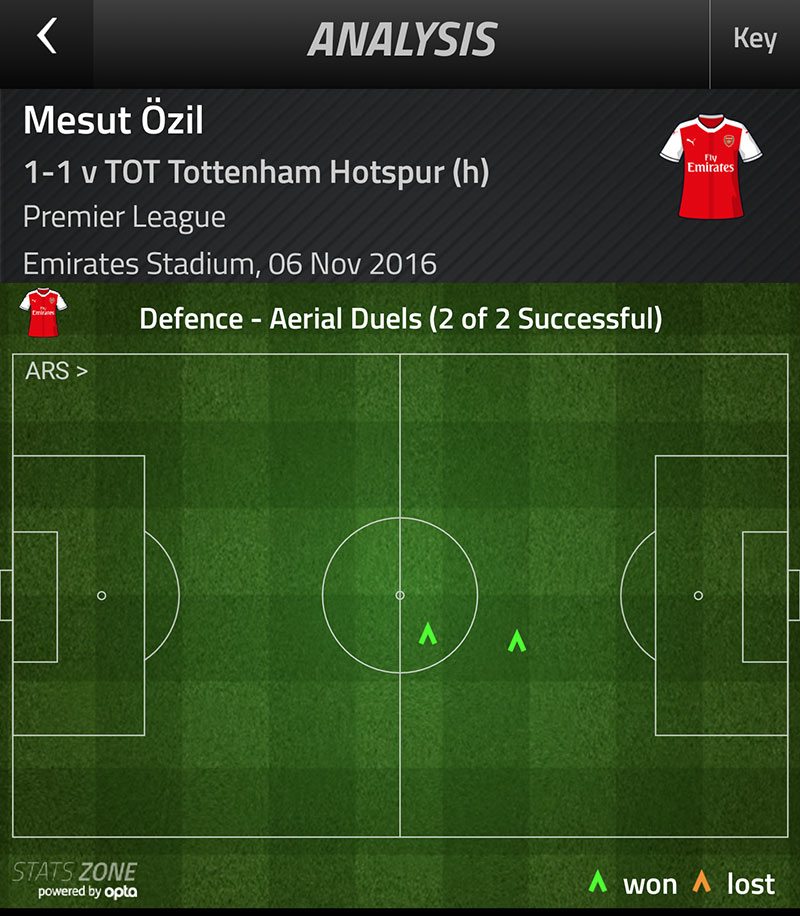 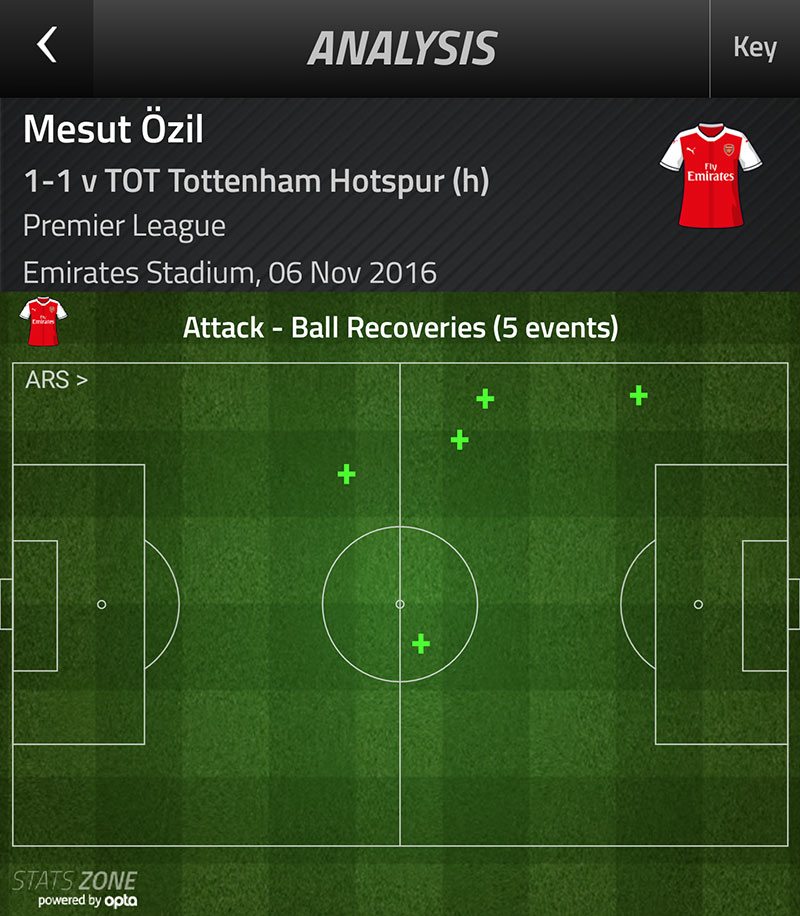 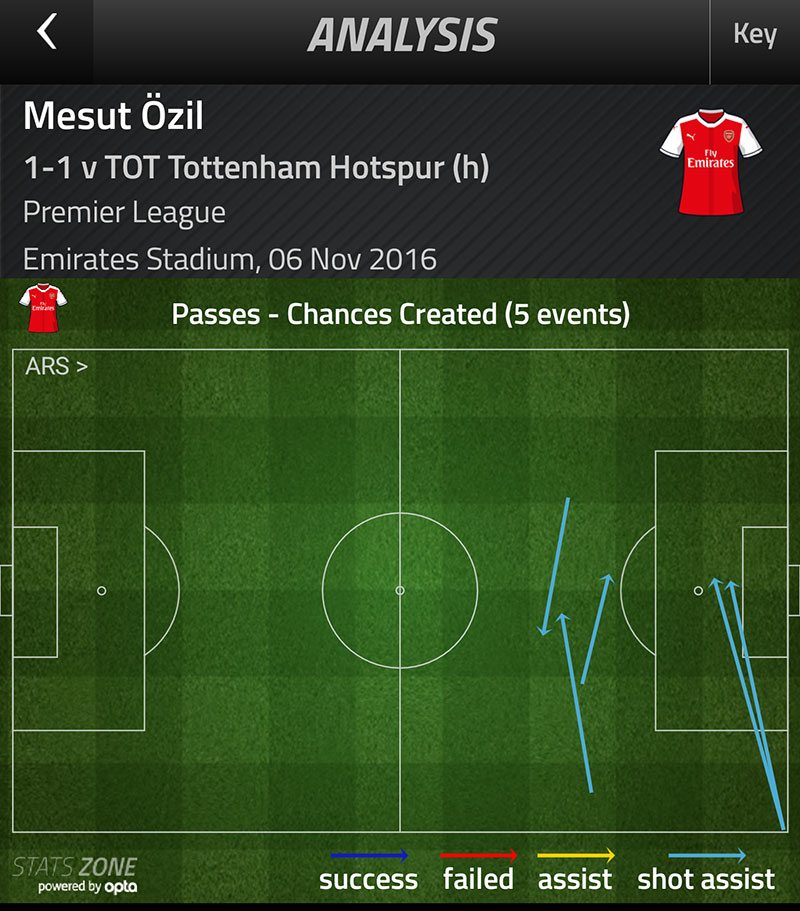