A man has suffered a broken foot after taking a walk along Walcott beach in Norfolk after failing to notice signs warning him of the dangers on entering a place possibly containing Arsenal DNA.

The man, believed to be in his 60s, fell from a great height according to a report in the Eastern Daily Press. 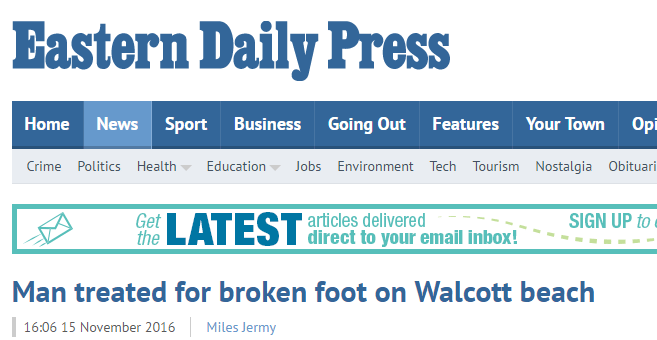 Arsenal DNA is a known affliction but until recently it was only thought to affect those who spent any time at London Colney or the Emirates.

Assisted by the coastguard and fire service, the man was treated at the scene by the East of England Ambulance paramedics who are believed to have texted Arsene Wenger to tell him that the man will be out of action for around six weeks.

Here at Daily Cannon, we’d like to wish him an Alexis Sanchez-style speedy recovery.