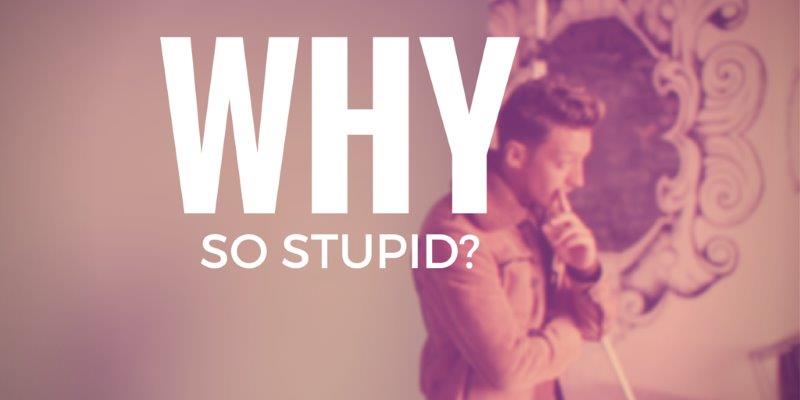 I know, I know, nobody should listen to what The Sun has to say, but the problem is, millions of people do, so their bull needs to be addressed.

I’m not entirely sure if they simply wanted to work as many bovine-related puns as possible into an article after Arsenal fans were delayed getting to Turf Moor because a train his (and killed) some cows, but they picked an easy target – after all, they’ve been part of the media who’ve spent years laying down a narrative that Mesut Ozil is ‘nicking a living’ at Arsenal.

That comment was from the Mail, but they’re all the same.

So what did they do?

Picking 7 ‘flops’ from the weekend, they named Ozil at #1.

This is why, according to Alec Shilton

Was he as disturbed by a train carrying Gooners crashing into cattle as he seemed?

The steaks were high against Burnley after title rivals City slipped up earlier in the day.

But Ozil couldn’t hit a cow’s a*** with a banjo at Turf MOOr.

Granted, it can be Friesian up north.

But Ozil played like HE had the calf injuries and didn’t seem up for it at all.

Arsenal fans had beef and butchered him on social media – labelling his performance a load of bullocks as the German took a leathering.

An udder disgrace? Herd enough? Are we milking it? Moooooooooooving on…

On the face of it, I guess I can’t blame them for thinking Ozil had a poor game, I did too until I decided to do some research and see if my eyes were telling me what was really happening, something they often fail to do when it comes to Mesut.

Ask most people who was Arsenal’s worst player against Burnley and they’ll likely tell you ‘Mesut Ozil’.

The thing with the German is that your eyes often make a total moron out of you, and this is especially true if you are watching him on TV rather than live in the stadium.

There, you get a much different impression of him, one of a subtle genius who makes things happen without seeming to care about any of it.

So I thought I’d have a look at Mesut’s stats, to see just how ‘badly’ he did.

He had four shots (only Walcott had more) but only one of those were on target. But he wasn’t alone in that, considering Arsenal only got three on target in the whole game.

Only Santi out-passed him, with Ozil completing 72 of his 80 passes (90%). He had 99 touches – only Bellerin, Mustafi and Cazorla had more.

Nobody made more passes in the attacking third, nor completed more, with 39 of his 44 successful.

He created one chance.

He won the ball back twice (Walcott won it back three times, as did Sanchez)

He made one interception, just one fewer than Mustafi and the same number as Walcott, Koscielny, and Bellerin.

I’ll just leave those with you, along with this: 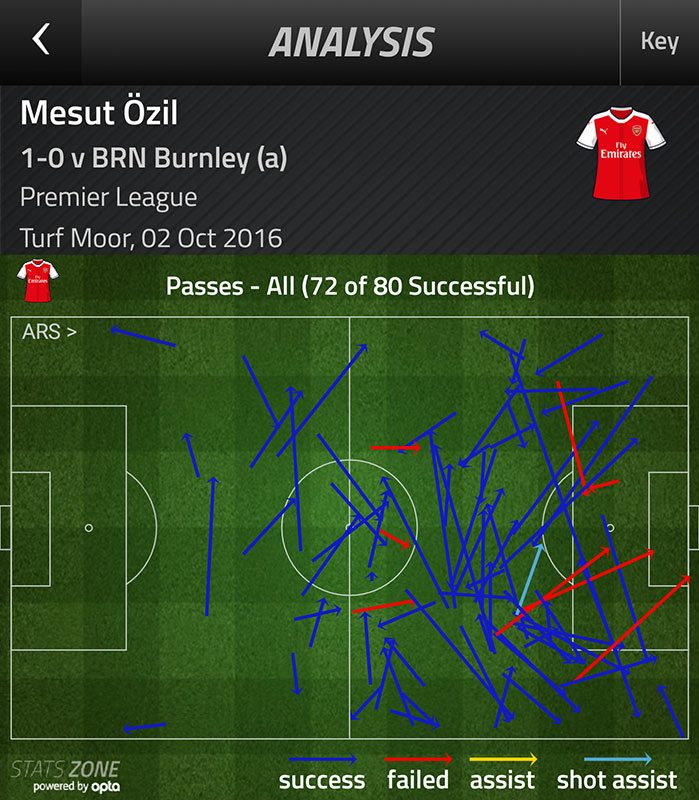