Once upon a time, Diego Maradona said he wanted to play for Arsenal, but the move was blocked by the league at the time. 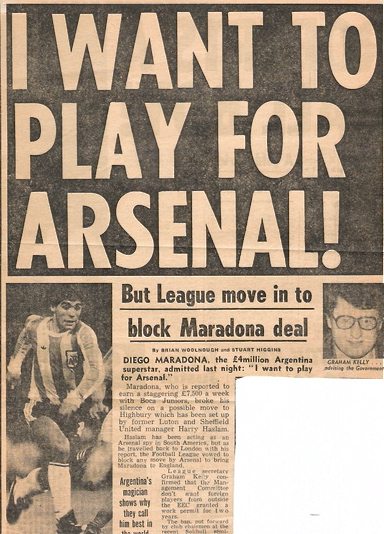 Since then, the Argentine has admitted being an Arsenal fan, saying in 2008, “They play beautiful football.

“They break quickly – they defend and attack as one. I am a fan of Arsenal when I am in England.

“When I was 19 they tried to buy me and another player from Argentinos Juniors – around the time Ricky Villa and Ossie Ardiles signed for Tottenham.

“But it didn’t happen. I sometimes wonder what might have happened.”

Even given all that, it still seems rather peculiar to see him sporting an Arsenal training polo shirt.

Get well wishes from the best player in the history…. pic.twitter.com/t7YO0BTkaD

This isn’t the first time he’s been pictured in, or with, Arsenal gear. Here are some more snaps: 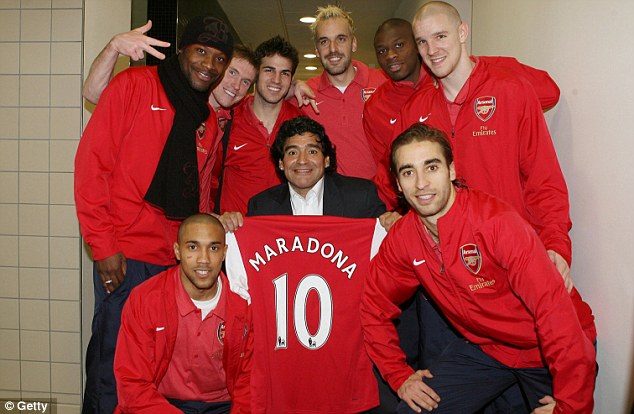 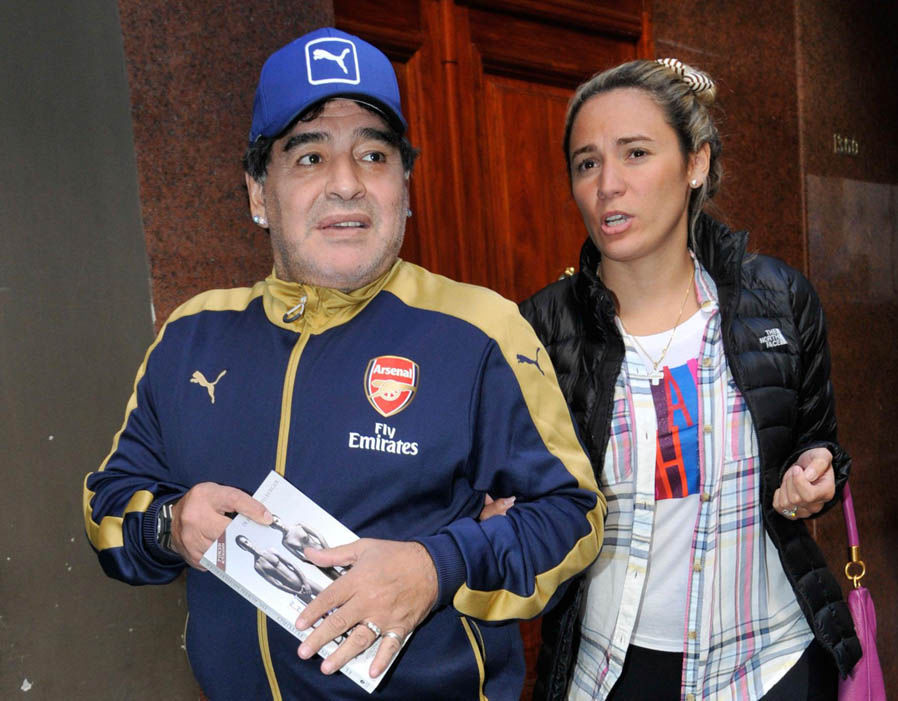 You’ve probably never heard Maradona and Per Mertesacker mentioned in the same sentence but that didn’t stop Arsene Wenger back in 2015.

Arsene Wenger’s brain works differently to the rest of us.

Explaining back in April 2015 in a different world how he still got nervous ahead of games, the manager tried to work out why football is so popular

His conclusion? The game’s unpredictability.

“Of course I get nervous before the games because football is not mathematics,” Wenger told Arsenal Player.

“In maths every day you know that one plus one is two. In football, one player plus one player doesn’t always add up to two players.

“I’ve asked people many times why they think that football, that didn’t even exist in 1850, is so popular. I think there are two main reasons. The first one is that it’s completely unpredictable. More so than any other sport.

“The second reason is that everybody has a chance to play this sport, no matter how small or tall. That’s why football is becoming stronger and bigger all over the world.

“It’s so unpredictable that Bradford can go to Chelsea and win, Diego Maradona can be the best player in the world and is very small and Per Mertesacker can make over 100 caps and is very tall.

“This uncertainty and this huge potential is in your mind when you’re a manager as well, so of course it makes you nervous, because nobody knows what will happen.”

Rest in peace, Diego. You will be missed.