We talk about Hector Bellerin’s ability to get up and down the flank but often, we leave Nacho Monreal out of that conversation.

So after Arsenal’s 4-1 drubbing of Hull at the KCOM on Saturday, we thought we’d take a closer look to see how much Arsenal are utilising their fullbacks and if they are favouring one over the other.

What you can see in the images below is that Arsenal certainly do not seem to favour one flank over the other, especially not when it comes to using their fullbacks to attack.

The duo recorded near identical stats, with Hector showing a better pass completion rate than his more senior colleague.

Hector also managed to grab himself a shot assist and three of his four failed passes came in and around the Hull penalty box, unlike Nacho who gave the ball away in more dangerous areas. 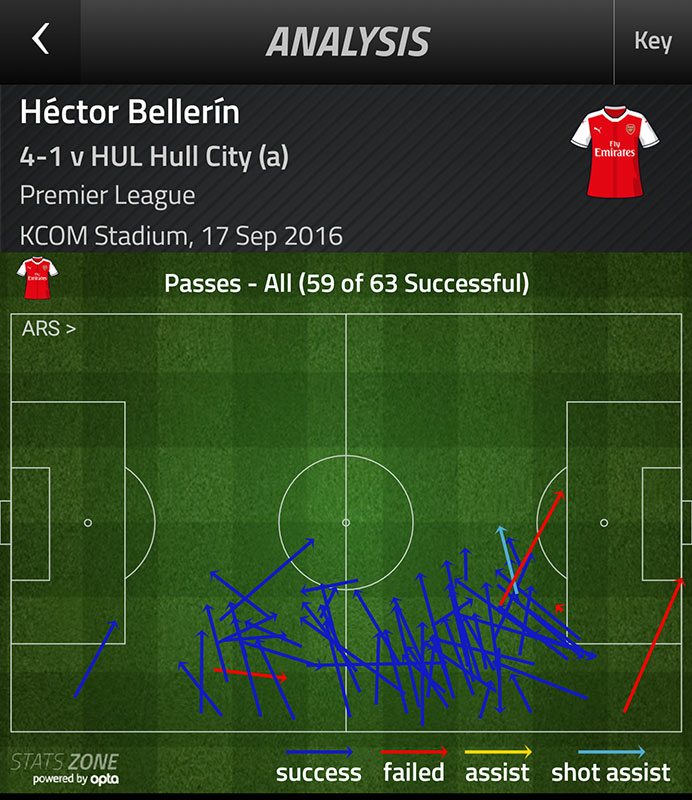 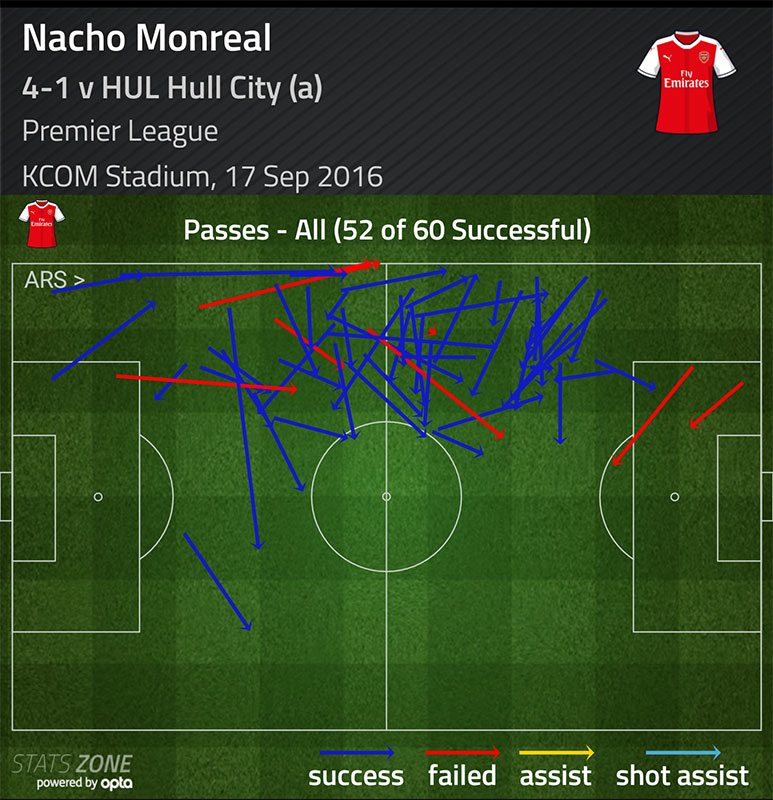 Bellerin rightly gets a lot of headlines, and he is the better of the two defenders. But it’s certainly worth remembering that Nacho Monreal isn’t too bad himself.