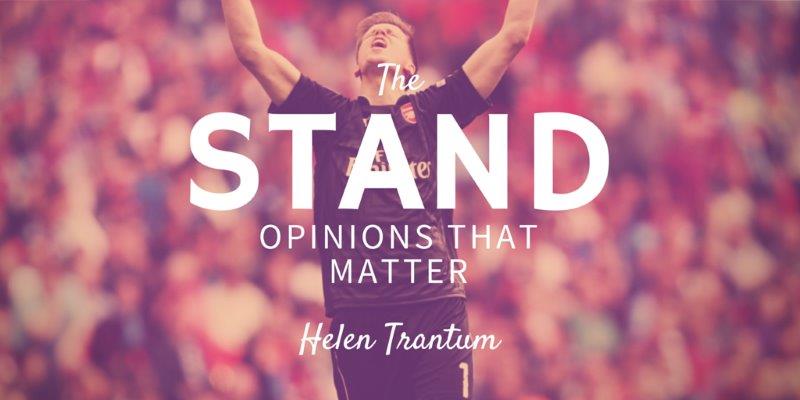 Is the term ‘legend’ too readily used in modern football?

What’s in a legend?

As a fanbase who have been blessed with some talented players over the years, we have quite a few candidates to choose from, but do we bandy the very term ‘legend’ around just a little too freely these days?

Arsenal fielded a team of players dubbed with such a tag this weekend as they took on their AC Milan counterparts – a welcome respite for those of us who aren’t on board with international football in any way shape or form – yet there’s been quite some disquiet at the players the club have seen fit to select in replacement of Henry and Bergkamp following their withdrawals.

Apparently Cygan and Grimandi, even accompanied by Toure and Keown, are not sufficiently worshipped enough to fill the hole left by two men who have been immortalised in bronze outside our very stadium. Who knew?

Anyway, it got me wondering how we should decide who exactly is worth of the title ‘legend’. And indeed, what a player needs to do to lose such an accolade.

First and foremost, every legendary player the club has ever had has been regarded as sharing, at least to some extent, our love for The Arsenal. Certainly no one would doubt Ian Wright’s passion for his boyhood club, whether it was during his playing days or during some animated and decidedly partisan display in punditry roles.

Sometimes though, people say things that make you scratch your head.

When Wrighty said, live on TV, “If I was Vardy, at this moment in time I wouldn’t have signed for Arsenal either” it was like a kick in the face coming from a fellow Arsenal fan, and most particularly one who has been so staunch in his support for the club historically.

He’ll always be a legend, and one thoughtless moment won’t change that, but too many comments like that and it will tarnish my future regard of the man, even as I still love the player he was.

Then of course there’s a key component of being regarded as a legend in the first place – actually being kind of good at football.

I touched on the fan reaction to Cygan’s inclusion for this weekend’s game, and while I love him – truly – it’s hard to see how his ability puts him on the elevated level I would consider necessary to qualify as a legend.

Now, I’ll never forget his brace against Fulham – like London buses, you wait an age for one and then two come along at once – but attaining near-cult-hero status for your baldness is hardly sufficient.

Finally, there are those who abandon us.

Take Ashley Cole, for example. Even the bitterest of Gooners would concede that he was a great player for us, but has he eschewed the right to ever be regarded as a club legend for his actions in departing the club? For the everyday fan, it’s hard to feel too enamoured by anyone who finds themselves ‘trembling with anger’ at “the figure of £55,000” per week.

However “incensed with anger” he might be about it, Ashley has no right to be regarded as a legend of Arsenal Football Club, having left aged 25, when there are so many worthy candidates.

And what about the likes of Vieira and Arteta, who left Arsenal to take up coaching roles at rival clubs? Much as I love Mikel Arteta, I do love him slightly less for having moved to City when there was a job on offer at The Arsenal even as I understand him wishing to work with Guardiola, but in any case he is a little short of being what I would call a legend.

The same cannot be true of Patrick Vieira of course, who by any metric was a legendary player for us, captaining the Invincibles and winning the FA Cup with his very last kick in an Arsenal shirt. Yet in a week where his midfield teammate Emmanuel Petit has spoken of Vieira’s “disgust” with Arsenal and Arsene Wenger, the New York City manager continues to burn bridges with the club where he spent so much of his club career.

He’ll always be a legendary player, but I increasingly find myself holding him in slightly less regard with each passing snide remark.

No, as our exposure to players after their careers finish increases, so do we find it harder to hold legendary players up for all time – for part of their legendary status is linked to our great club, and in losing that connection they lose a small part of that legend.

Those who come back – the likes of Ljungberg (coaching youngsters), Pires (a club ambassador) and Steve Bould (as assistant manager) – retain and regain the lustre that we bestowed on them as players, but those who move away, and especially to rivals, lose a little (and in rare cases a lot) of our love.

Four men are immortalised outside the Emirates, and in some ways they exemplify how this can manifest.

Tony Adams is Arsenal’s most renowned captain, our most capped player, and a one-club man the likes of which we may never see again. A great defender, and a man who was bold enough to face his demons in an era when laying yourself bare was seen as extreme weakness. Mr. Arsenal.

Thierry Henry is our record goalscorer, one of the most talented players to ever grace our pitch, and a man who brought many to tears with his reaction to scoring on his second spell at the club “as a fan”, as he put it. An all time great.

And like Adams, he is still worshipped for the player he was and his contribution to one of the most successful periods in our history, but his recent decision to eschew our youth coaching setup to continue with something he’s not as good at – punditry – was hard to swallow. Add in his knack of being harder on Arsenal than our rivals in that classic ‘anti-favouritism’ you so often see by people trying to appear objective, and while he is and always will be a legend, he’s still lost a tiny bit of that love, from me at least.

And then there’s Dennis Bergkamp. In my view, Arsenal’s greatest ever player: a thinker, a creator, a legend.

Unlike Adams and Henry, who come across as if they have chips of various sizes on their respective shoulders, he has largely held his tongue on Arsenal’s more recent shortcomings, and he has also hidden his bushel somewhat further from the public eye in the Netherlands, and even had a break from the game between his retirement and starting at Ajax.

He has offered some criticism of club and manager since leaving, but it has always come across as considered and impersonal, objective to a fault. That he is bestowing his wisdom at Ajax rather than Arsenal is source of great dismay, but few are perfect.

Perhaps the only person who is completely beyond reproach is Herbert Chapman, and he had departed this world before almost all of us were alive. Not only that, but he was taken by pneumonia in the course of service to The Arsenal. A whole new meaning to “Arsenal til I die” then.

Today, there are a number of quality players in our squad, men who will go down in history books as some of the greatest players ever to wear the red and white. Ozil and Alexis have the star quality to sit alongside our Invincibles, Koscielny is a less glamourous but equally valid candidate, and the glimpses we have seen so far of Granit Xhaka suggest he could be another to hit such dizzy heights.

Most haven’t won enough with the club yet, multiple league titles or Champions League success are likely to be required before they can be considered up there with our best, but the real test too will come in how they comport themselves in life AA. After Arsenal.

It’s one thing to be a legendary player, they may not be 10 a penny but at a club like ours there are quite a few to go around.

It’s quite another thing to be a legend full stop.