With Arsene Wenger throwing us a few curveballs against Southampton on Saturday, how can we expect the Gunners to line up against PSG in Paris?

In goal, we know we think we will see Petr Cech, although it’s not beyond the realms for Wenger to throw David Ospina in and let him be the cup keeper. I hope he doesn’t and that’s why I’ve gone for Cech.

At the back, the only doubt is over Laurent Koscielny, but having looked at him in training, I’m pretty sure he’ll play. That means we will most likely see our back four unchanged from the weekend.

Midfield should see at least one change with Granit Xhaka coming in while upfront, Alexis and Olivier Giroud should come back in from the start with Lucas and the Ox dropping to the bench.

Here’s how I think we’ll line up: 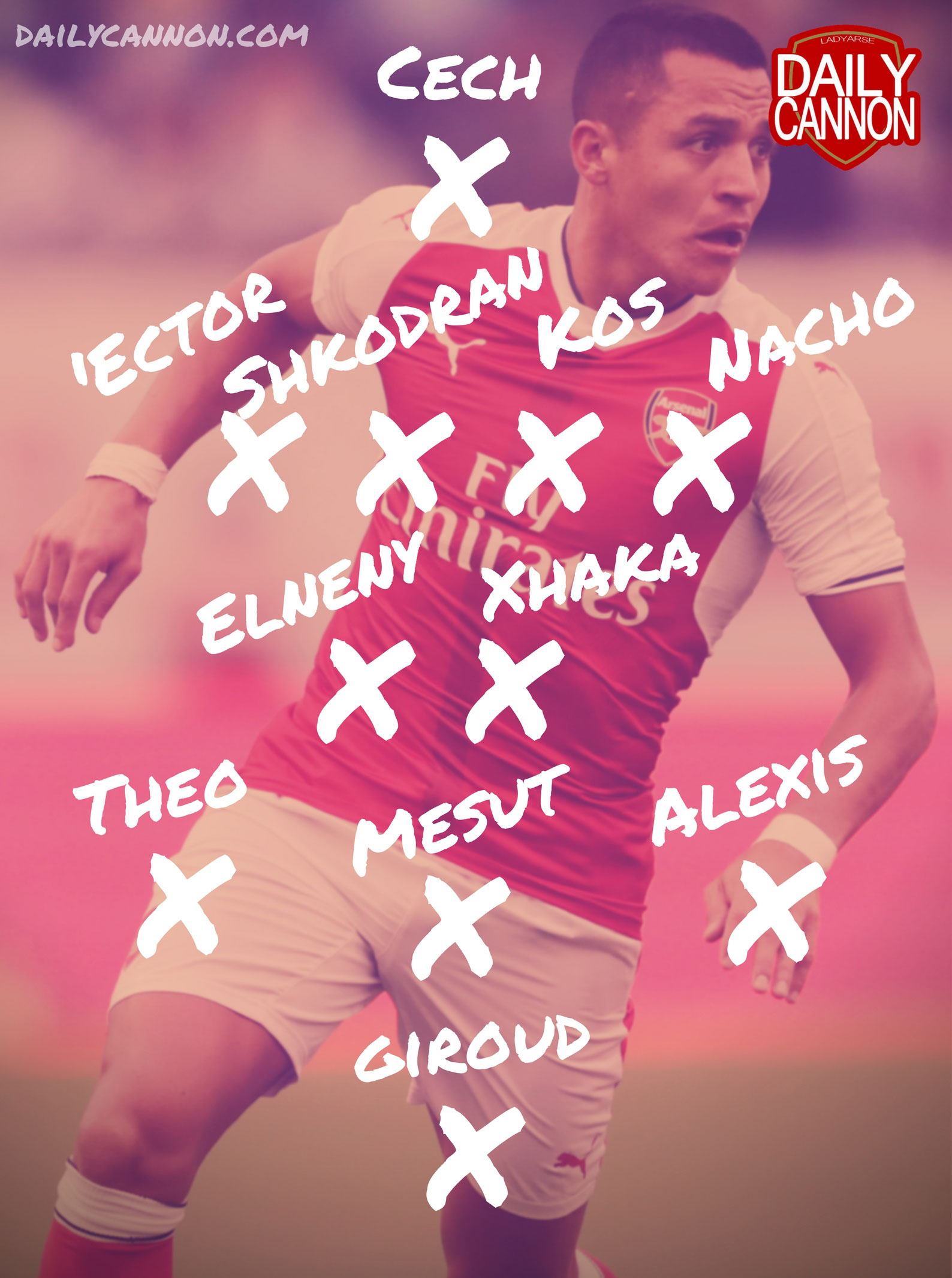