Arsenal are said to be one of a number of clubs eyeing up Monaco’s 17-year-old left winger, Kylian Mbappé.

Despite his young age, Mbappé has already established himself in the Ligue 1 side’s first team, making one league appearance this season and one in the Champions League. This comes on the back of 11 Ligue 1 appearances last season (one goal, one assist) and a total of 14 appearances (one goal, two assists) in all competitions.

Under contract until 2019, Mbappé came through the youth ranks at Monaco, signing for the club in 2013 from AS Bondy when he was just 14.

According to L’Equipe, Manchester City had a bid of £34.5m turned down during the summer, and it’s hard to see Arsenal coming in with an amount in excess of that for a teenager given how long it took Arsene Wenger to finally part with that sort of money for Shkodran Mustafi during the last window.

Already compared to Thierry Henry upon arriving at Monaco, I doubt he’s a player we will ever see at Arsenal, no matter how many times we are linked. 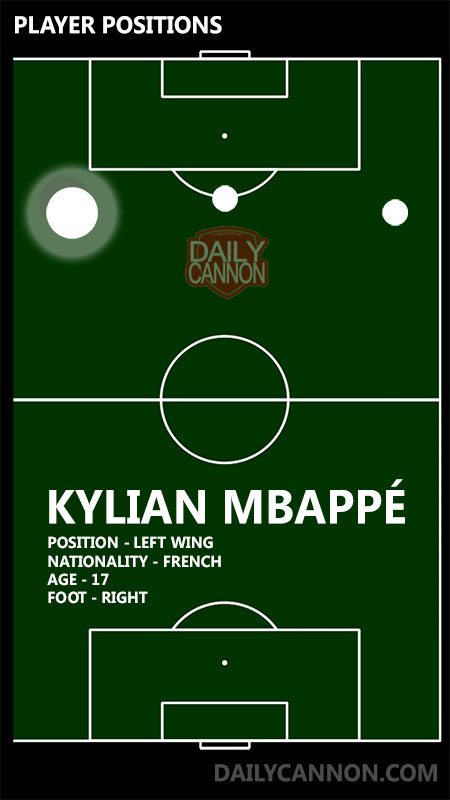