As if having Arsene Wenger and Jose Mourinho at each other throats isn’t enough for them, some parts of the media are trying to start a fight between Jurgen Klopp and Arsene Wenger but they’ve probably picked on the wrong duo.

The pair have never hidden their mutual admiration for one another, so when I read a load of headlines claiming that Klopp was having a swipe at Arsenal’s playing style, I had to take a closer look.

As you can see from the headlines, one site has went with an angle and all the others, afraid of missing out, follow, without doing the slightest bit of thinking for themselves. 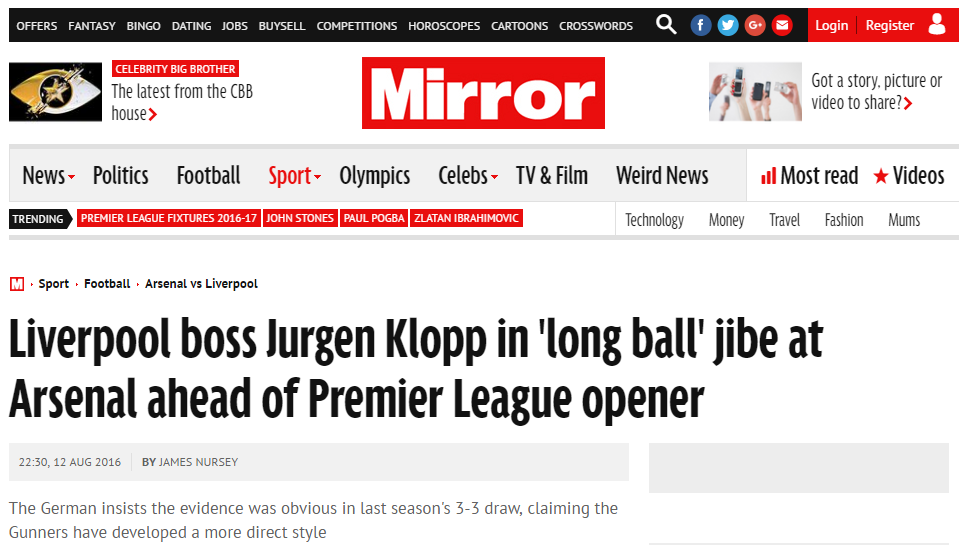 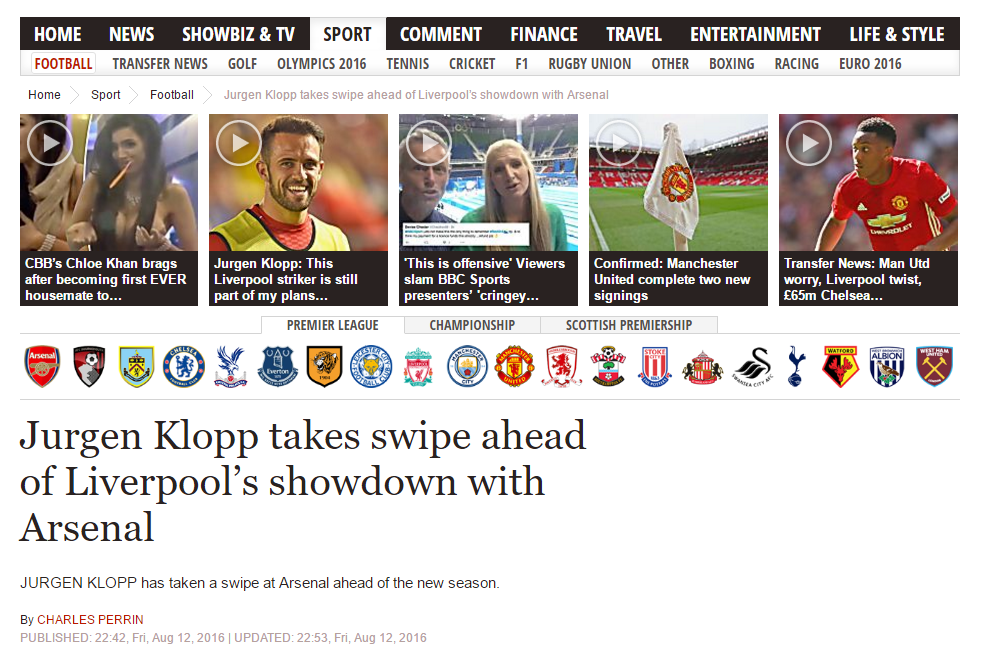 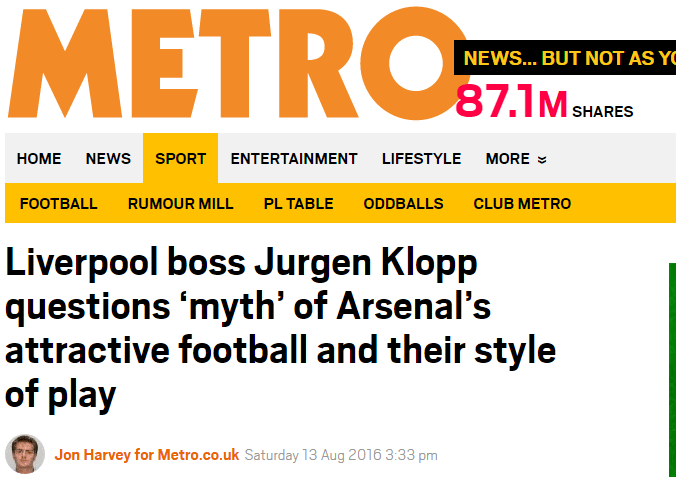 So what did he really say? Hold on to your arses….

“I think everyone who saw the game saw the difference between this game and all the other Arsenal games,” Klopp said about last season’s 3-3 draw.

“But in the last few years Arsenal had a more direct style. They have only good football players but at the end they don’t use all of them in each build up or each offensive movement — it is a myth. It is definitely a plan and they want to win games.

“Arsenal is usually a football playing team but last time against us there was a lot of long balls and always to Olivier Giroud.

“The second ball was to Ozil, they caused us a lot of problems in this game. That was a big threat on that day.

“We knew about it because a lot of teams chose this way against us so it we could have defended on this day better.

“It was not about what they did, it was about how they did it because it was highest quality with how Giroud and Mesut Ozil, especially, on this day performed.”

Show me the swipe or dig or jibe.

You can’t, because there isn’t one.

All there is, is one football manager talking tactics and how he sees the opposition adapting to different situations.

I suppose we shouldn’t be surprised.

Most of the media don’t think Wenger knows how to do tactics and they’d certainly rather spend their time talking about handshakes and imaginary jibes than try to give their readership a better understanding of the game that occupies so much of our time and money.

Arsenal player hoping to terminate deal and move to Spain