The draw for this year’s Champions League took place in Monaco on Thursday and it has been relatively kind to Arsenal.

Looking to make it past the last 16 for the first time in a few years, Arsenal will face PSG, FC Basel (hello Granit’s brother), and Ludogorets in Group A.

Arsenal have never lost away from home to a club from France. Played 12 Won 8 Drawn 4

Arsenal have won all four matches they have played against Swiss teams in European competition.

Their biggest win came when they put seven, without reply, past Slavia Prague in 2007 and Standard Liege in 1993, with the biggest reverse coming in 2012 against AC Milan when we lost 4-0 and had to listen to talk about ‘mental strength’ because we almost overturned the deficit in the second leg. 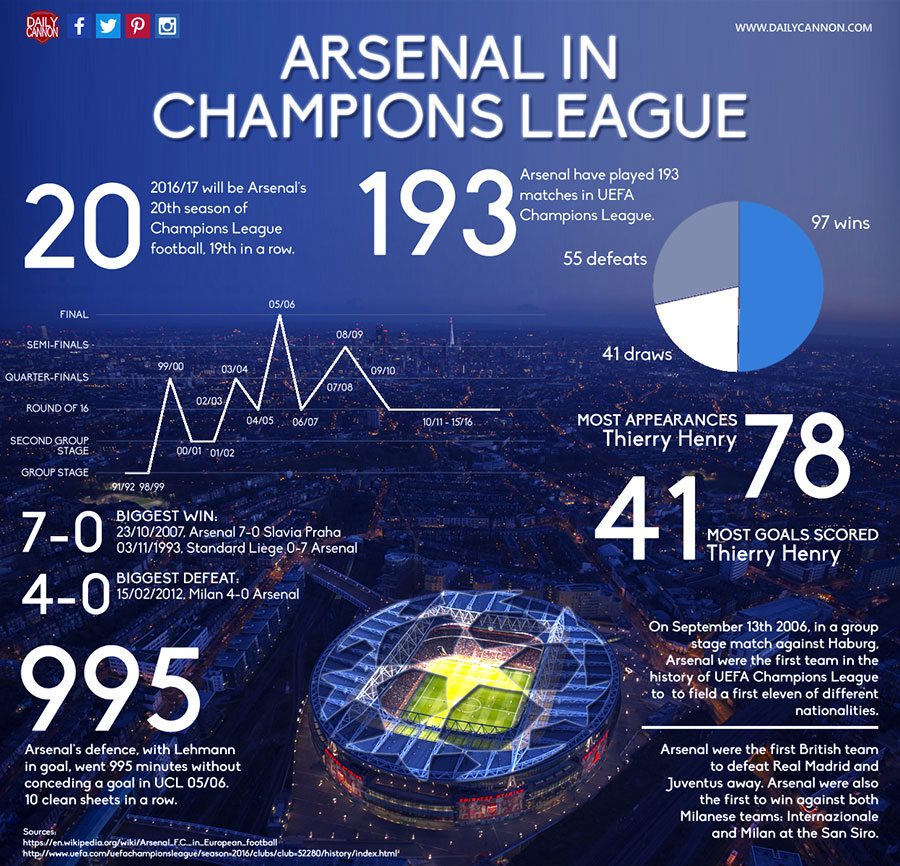 Group games will get underway in the week beginning 12 September.