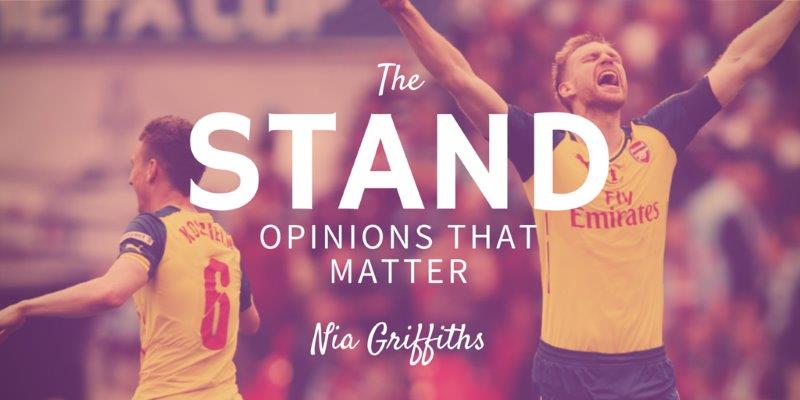 Is the length of Arsenal’s pre-season not only unnecessary but detrimental to our players’ physical health?

Arsenal’s pre-season kicks off in three days when the squad (minus about a million of our first team considering their late involvement in Euro 2016) travel to France and face RC Lens in their home stadium. Just days after that, we travel to the USA to face the MLS All-Stars, including Didier Drogba, before Chivas de Guadalajara on the 1st of August.

Later that week, we’re in Norway to play Viking FK before flying (I assume we’re not walking) to Sweden to face Manchester City.

This is five matches in three weeks, not taking into account traveling either side and the fact that we’re facing Liverpool at home on the first day of the season a week after playing City.

To put this into comparison, City plays four pre-season matches. They travel to Germany, China and then, obviously, Sweden.

Manchester United have six in total. They’ve already played one against Wigan, which the Red Devils won 2-0, and one of these is the Community Shield v Leicester City.

Looking at all our rivals’ pre-seasons, we basically have the same amount, give or take, with roughly the same amount of traveling. This isn’t new and, at the very least, it puts us all on a level playing field – no pun intended. The amount of matches we have compared to the other top clubs isn’t my issue; it’s the amount full-stop.

I recently wrote a piece on Freddie Ljungberg’s quotes about pre-season and although I mostly agreed with what he had to say about why it’s crucial, I also touched upon my opinion that we play too many pre-season fixtures.

Now, don’t get me wrong, I do realise that we need a pre-season of some sort. Throwing our players straight into the intensity of the Premier League would be naive at best. With our players’ injury issues, we need to ease them into the physicality of running for long periods of time, withstanding tackles and perhaps moving their joints in ways they wouldn’t usually…unless they’ve casually sliding around their kitchen floor two-footing their family members or bicycle kicking bits of chewing gum into the bin…

Not only this but, when we face teams like Manchester City in pre-reason, it allows us and the manager to measure what we need to do between now and the start of the competitive season.

What I do question, however, is the need for us to travel half-way across the globe to do so.

This July, we travel to the USA – a huge journey in the middle of a set of pre-season fixtures. And no matter how Arsenal dress it up, these trips, much like our Asia tours, are to sell shirts and appeal to a wider demographic that probably wouldn’t usually be interested in Arsenal – or football for that matter – in order to sell even more shirts. Arsenal are a brand, after all, and part of keeping this brand alive in pumping in new money.

Does overplaying cause injury?

Although most injuries are mainly down to poor fundamental movement patterns i.e. bad flexibility, as well as the physicality of a contract sport, it’s also been widely suggested that overplaying players i.e. fatigue, can also be to blame. This is why we all start watching matches towards the end of the season through our fingers – Mesut Ozil’s just been played for the 100th time that season and he’s one cold, rainy night in Stoke away from being sidelined for two months.

Therefore, would it be unreasonable to suggest having a slightly shorter pre-season? Say, three games instead of five or six? If everyone did the same, we’d all be on the same level – everything would be fair.

Pre-season isn’t actually all bad. As I’ve already said, a pre-season of some sort is essential for physical fitness and, in fact, I do believe that some of the mental aspects of traveling and playing abroad can be hugely beneficial, even outweighing some of the cons.

This time last year I wrote a column about the benefits of pre-season and one of my main points was mental preparation. It gets the players’ heads in the game, makes them hungry and shows them what to expect.

Not only this, but they get to bond away from the training ground when traveling, experience new cultures together, which is important since many are young, and play in front of a wider fanbase.

When you live and train in London, it can be easy to forget how big Arsenal Football Club actually is and seeing the love of fans on other continents must be hugely gratifying.

Should pre-season change? I’m no expert but surely a couple of games less wouldn’t do any harm.