Arsenal have traveled to France for the first match of their pre-season tour to play against Ligue 2 club RC Lens.

The Gunners field a mixed starting XI with numerous senior players still on the summer break after their late involvement in Euro 2016.

It’s a good chance for the younger players to get a run out and gain some experience, while it’s also a perfect opportunity for Arsene Wenger to see who is perhaps ready to join the senior squad full-time.

Here are how the teams line up: 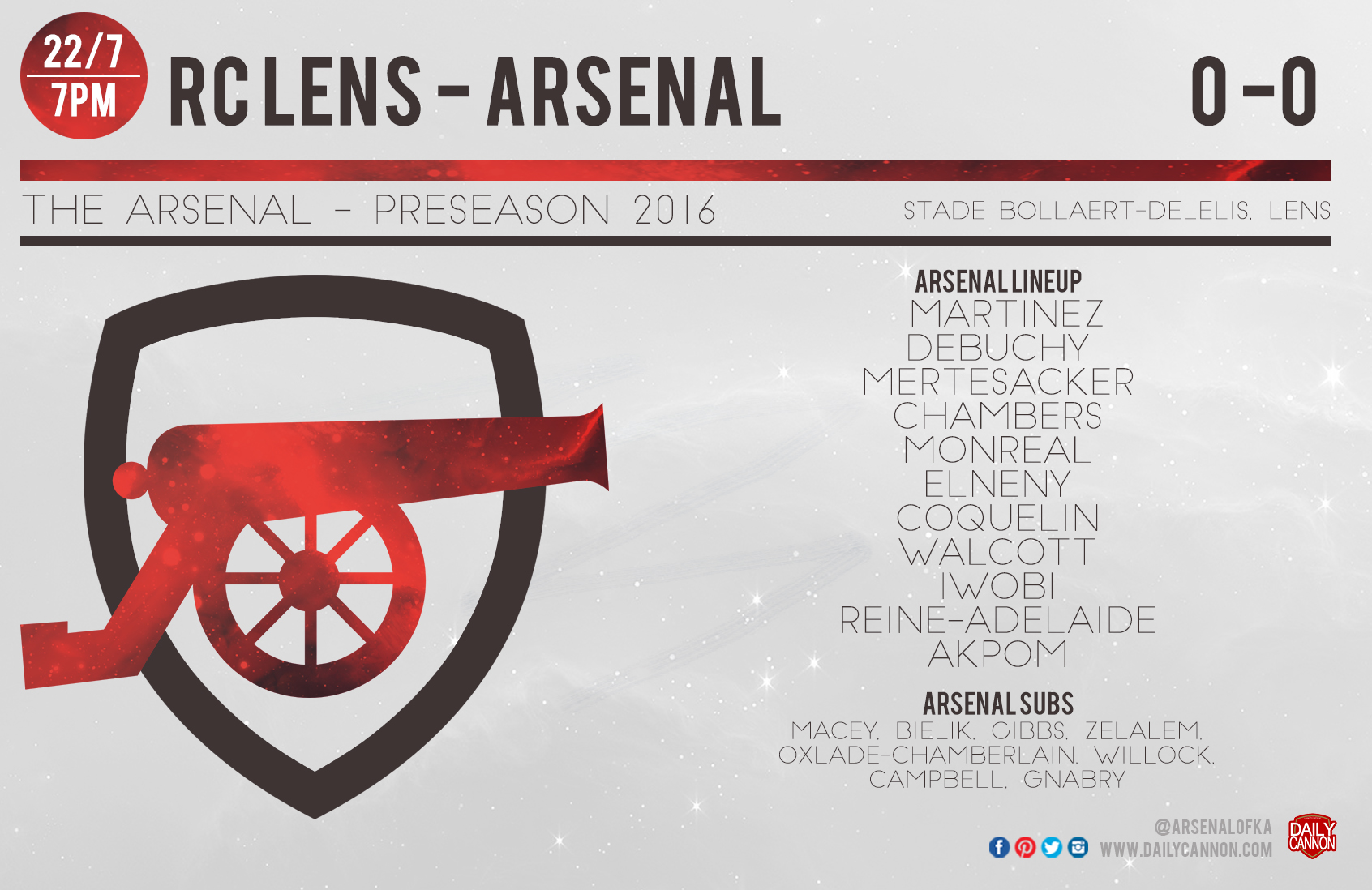