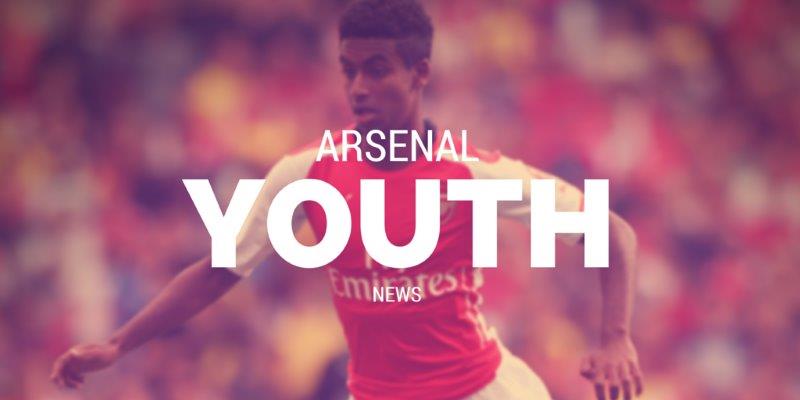 Plenty of youngsters were given some minutes during our 1-1 pre-season draw against Ligue 2 side Lens on Friday evening.

Below, I take a look at each of them individually as the 2016/17 campaign draws ever closer and the talented youngsters aim to prove their worth ahead of a potential promotion to the senior side.

Four players started in France, including Alex Iwobi – whose breakthrough last term was both unexpected and effective, as the talented Nigerian excelled alongside esteemed company.

Alex grew into the game and showed his versatility in playing in a number of different roles after shifting from the wing to a more central midfield position. He made a few good ball recoveries and looked assured in possession throughout.

Calum Chambers, 21, was harshly criticised in the media after his unfortunate backward header resulted in the opening goal. It was a mistake which proved costly, but one that didn’t completely shatter his confidence, especially as he seemed comfortable alongside Per Mertesacker at the back beforehand.

He moved out onto the right in the second-half to accommodate the inclusion of Krystian Bielik, and was otherwise solid in a position that he’s gradually being moved away from with time.

Jeff Reine-Adelaide was lively in patches on his return to Lens following his summer switch last term, but didn’t see enough of the ball as the first 45 continued, especially after Mattias Autret broke the deadlock.

Chuba Akpom, expected to feature against Liverpool on the opening weekend, faded away after seeing his initial effort saved early on.

The attacking duo were replaced at the interval as Wenger rung the changes, making six – Iwobi played 78 minutes whilst Chambers completed the full 90.

Bielik, Serge Gnabry and goalkeeper Matt Macey all came on to start the second-half.

Bielik, who turned 18 in January, did a decent job and didn’t look out of place defensively although he’d hope for better distribution from the back as he misplaced a few passes on occasion.

Gnabry was similar to Iwobi, started slowly but gradually got into the swing of things. Credited with the assist for Oxlade-Chamberlain’s excellent equaliser and did his reputation no harm with an otherwise decent 45 minute display.

Macey meanwhile, did everything that could’ve been asked of him.

Forced into an excellent fingertip save just minutes after being introduced, he put his towering presence to good use with set-pieces and made sure he communicated with the backline to avoid any preventable mistakes – something the senior side experienced all too often over the years.

Definitely an encouraging performance from someone we’ll be seeing more of in future.

Both Chris Willock and Gedion Zelalem were given just over ten minutes to feature, and both seemed to embrace the occasion.

Willock was confident on the ball and eager to beat his marker on the flank with tired legs becoming a factor in the latter stages. Zelalem’s passing was excellent and accurate highlighting his high level of spatial awareness in midfield.

In conclusion, it was a good competitive evening for the youngsters in a pre-season friendly that was effective in terms of both experience and helping them to increase match fitness.