Aaron Ramsey played the full 90 as Wales frustrated Englspurs in France on Thursday but crashed to a late Sturridge goal.

Once again, Jack Wilshere started (and finished) an England game on the bench, while Aaron Ramsey started for Wales in the Euro derby match.

The style of the football was poor for the most part, but what was missing in terms of technical ability was, at times, made up for with good ‘ol British ‘passion. Filled to the brim with Spurs players who, to a man, played like poo, it’s no wonder England struggled.

The Spurs players, first Dele Alli and then Kyle Walker, wasted no time in trying to get stuck into Ramsey, but they served only to give away a few free kicks and make themselves look like dicks.

Ramsey was a terrier, giving England players no time on the ball at all and making things happen for those around him as the  game settled with Wales allowing England the room to pass the ball around without any real penetration.

Despite England’s domination, it was Wales who struck first through the very quiet Gareth Bale. His 30+ yard free kick somehow crept in past Joe Hart, despite the City keeper getting two hands to it. It was a little bit funny – as was how Dele Alli made himself into a 2D figure on the end on the wall instead of taking the ball square in the face. Somehow, he seemed to escape any criticism from the pundits, who heaped all the blame on to Hart.

That’s how it stood at the break.

Hodgson reached for his subs during the break, Harry Kane and Raheem Sterling both trailed off for Jamie Vardy and Daniel Sturridge. Jack took his place back on the bench for the second 45 and with just one sub left, it didn’t seem likely we’d see much from him again.

England got themselves level with a great piece of officiating. As the world cried OFFSIDE the flag stayed down. Replays showed that Ashley Williams had been the one to flick the ball into Jamie Vardy’s path. The Leicester man made no mistake. He’d needed three touches to score.

With 18 minutes remaining, Hodgson readied his final sub and it was not going to be Jack, Marcus Rashford preferred as Adam Lallana was withdrawn. Dele Alli, inexplicably, played the full 90 despite being beyond awful all game.

As the clock ticked down, England pressed harder and it seemed like there would be only one winner as attack took on defence and Ramsey found himself battling on the edge of his own box.

Wales, however, could not stand firm. Roy’s second change, Daniel Sturridge, paid no attention to Dele Alli who was lying on the ground crying for a penalty, to weave through the box and slam it home.

Ramsey and co. were crushed while the win hides a multitude of problems for England, most of them Spurs-based. 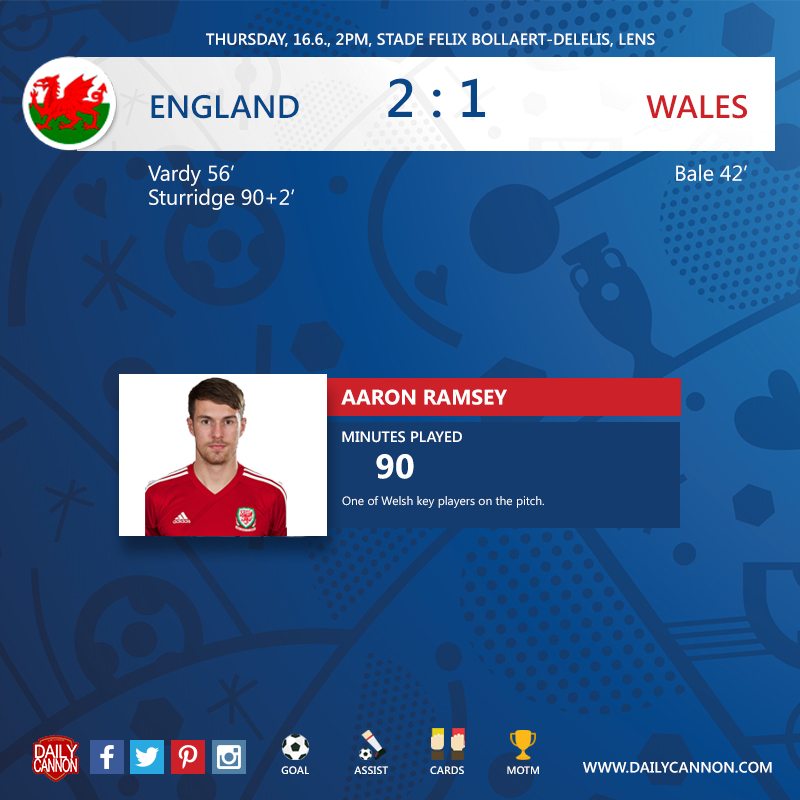 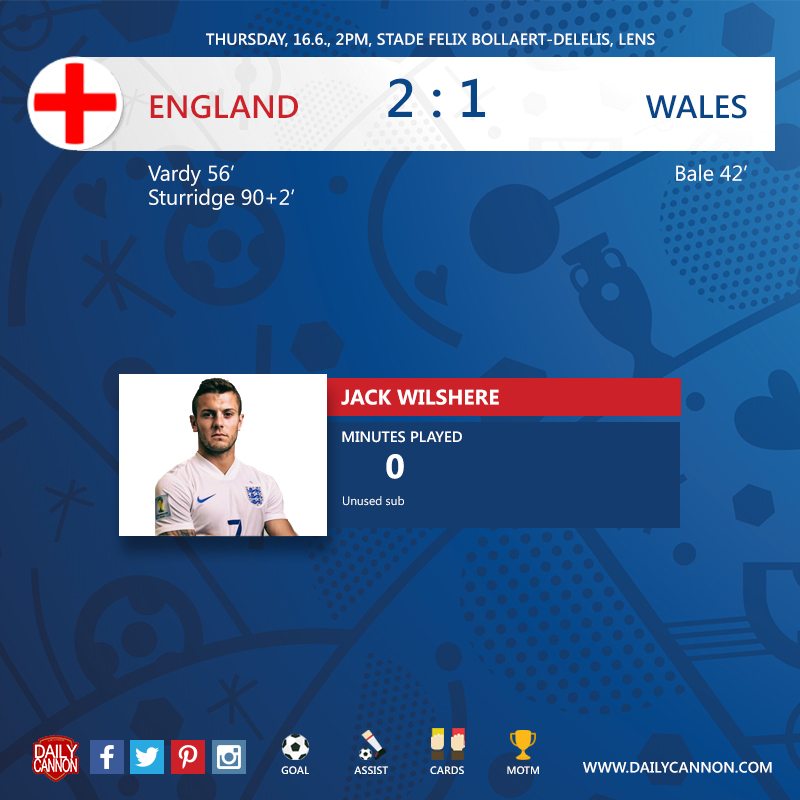