With France struggling, again, to score goals and relying on a late winner, it was a frustrating night for Olivier Giroud against Albania on Wednesday.

Although the 4-2-3-1 system was supposed to favour him, France’s inability to get Payet in the right area, combined with Martial’s awful performance, meant Giroud had to rely on his heading ability to score goals.

He had five headed attempts and all where off targets with one of them hitting the post. For some reason, the France team was misfiring again despite Didier Deschamps benching the poorly-performing Pogba and Griezmann and replacing them with two wingers in Coman and Martial.

Giroud did his usual job in link-up play and certainly would have deserved a goal. He was close to getting his second of the tournament as another header unfortunately hit the post with the keeper being beaten.

Overall, it ended up as an average night for the striker with no goal to show for it, but he should keep his place in the starting 11 for next game, unless Didier Deschamps decides to do a full squad rotation as France are through to the last 16 already. 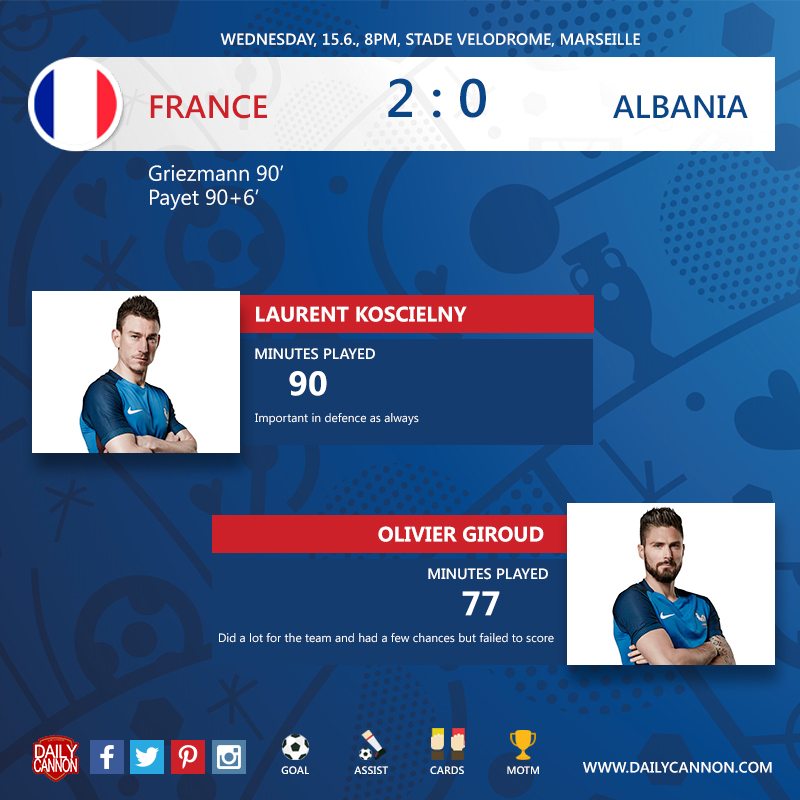