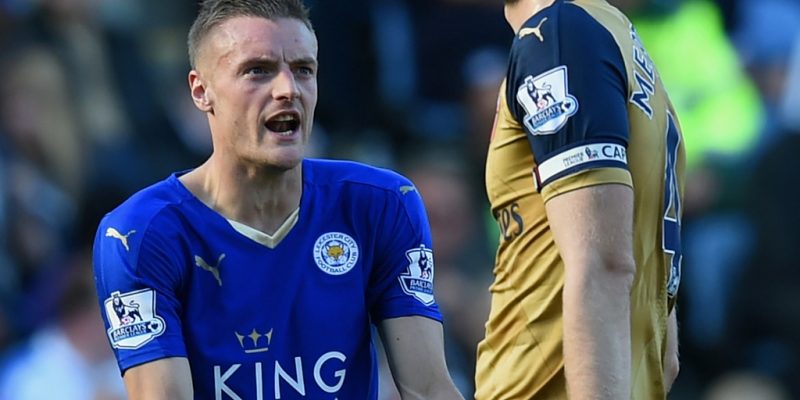 Laurent Koscielny seems quite happy with the idea of Jamie Vardy rocking up at Arsenal next season as the captain-in-waiting sang his praises to the media.

The transfer, which has turned into a bit of a farce thanks to the work of the media who have us all believing that a transfer that started five days ago is somehow ‘dragging out,’ looks set to run for another few weeks with Vardy apparently delaying his decision until after the Euros.

Reports claim that he wants to concentrate on his time with England, but common sense would tell you the best way to do that is to get it sorted rather than have it hanging over you.

But common sense plays little part in these things.

“Jamie Vardy is very hard to play against because he likes to use the depth of the pitch and is very good at getting behind the defence,” Kos said.

“In front of goal, he doesn’t think – he feels the situation and he shoots as soon as he can.

“He has proved this season at Leicester that he can be a great striker and he has also scored some goals with England.”

He adds his voice to that of Olivier Giroud and Arsene Wenger who have already been speaking about the player while Leicester players plead with him to stay at the club.

Reports also emerged on Tuesday night/Wednesday morning that Arsenal have submitted a £27.5m bid for Riyad Mahrez but we’re still digging into these to find out how true they are likely to be.