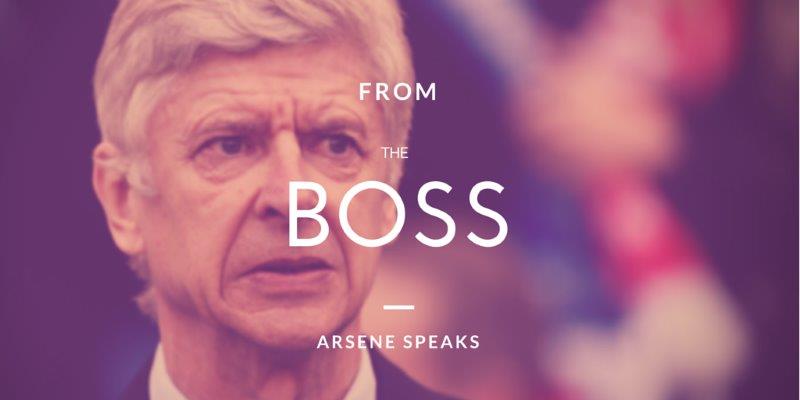 Arsenal striker Danny Welbeck was ruled out for nine months after an operation this week after an innocuous injury which has left manager Arsène Wenger baffled.

Welbeck had only recently come back after a 10-month absence and was finding top form, performing well and playing fairly regularly.

Then, out of nowhere, he fell to the ground clutching his right knee – not the one that had caused him so much trouble in the last 12 months – and headed straight down the tunnel.

A few days and a surgery later, Welbeck is out for almost the same amount of time again.

“We’re all devastated, and Danny even more so,” Arsenal boss Arsène Wenger has told Arsenal Player.

“We can only feel sad and support Danny now in order to get him back.”

The challenge which has left Welbeck out for so long looked like nothing serious at the time, but clearly caused a lot of discomfort for the England international.

After a year of hard work, the 25-year-old was in line to go to Euro 2016 this summer but will now miss out. Unfortunately, the nothingness of the challenge which caused the blow has left us with more questions than answers.

“The difference between the tackle and the severity of the injury is baffling. We don’t understand that but we have to accept the verdict and we have to live with it,” Wenger said.

“Danny has to deal with it unfortunately. We just have to give him the maximum support we can and show him that we trust he can come back.”

This season’s comeback against Leicester City was an incredible moment and followed up by a number of goals and strong performances.

Despite that, Wenger was cautious and kept the faith with Olivie Giroud up front rather than playing Welbeck too much too soon. It’s just a shame it hasn’t worked out as planned.

“I pushed him in and out of the team because I knew he’d been out for a year. Sometimes for the big games I kept him out to recover from the efforts he has made.

“Sometimes people accused me of being too cautious but I knew that he did not play for a year and the intensity of the Premier League is so exceptional that you have to be cautious. The injury was accidental. I don’t think there’s anyone to blame, not our opponents or medical staff. It was completely an accident.”