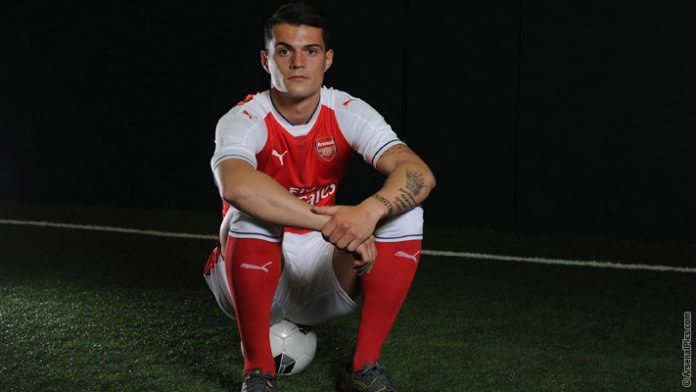 It’s understandable that, until we get to see Granit Xhaka play for Arsenal next season, Gooners everywhere are going to be on #XhakaWatch over the course of Euro 2016.

In Switzerland’s friendly against Belgium on Saturday, which the midfielder’s national team lost 2-1, Xhaka was instrumental in his side’s one and only goal.

The 23-year-old picked the ball up deep in Switzerland’s half before lifting a perfectly-weighed long pass out right in what would have been the pre-pre-pre-assist. Staggering.

You may laugh but Xhaka‘s ball forward was the driving force behind the goal and displayed not just his ability to pass, which is handy, but his vision and desire to create. It’ll be exciting to watch him in the Euros.

Watch the build up play and resulting goal yourself.

Watch the entire match highlights below.