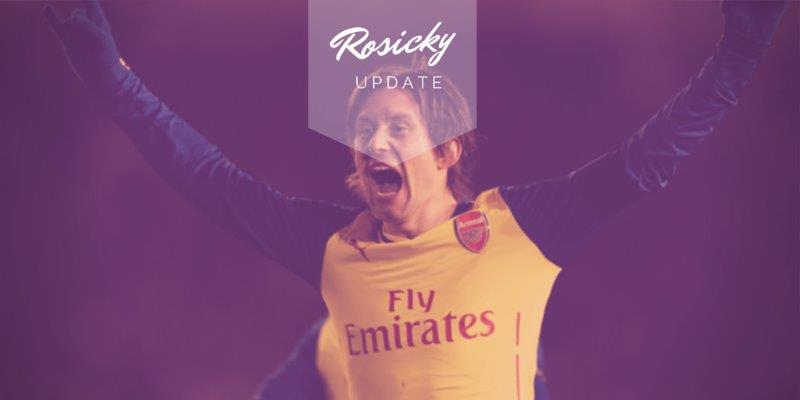 Tomas Rosicky is set to leave Arsenal at the age of 35, but he’s determined that his playing days aren’t over.

The Czech international played just once for the Arsenal first team this season, in between two long-term injuries, but is determined to keep playing in this summer’s European Championships and beyond.

“I played a couple of games for the Arsenal under-21s so I feel quite all right,”  the midfielder said after the final game of the season, which he didn’t feature in but was still given a rousing goodbye by Arsenal fans after 10 years at the club.

“At the moment I’m not thinking about retiring, I want to focus on the Euros and go from there.”

Hopefully Rosicky can feature at Euro 2016 this summer and earn himself a move. The romantic football fan in us all would love to see him move home to play for Sparta Prague again but there are also likely to be offers from the MLS.

Whatever he does, we just hope Tomas can stay fit and enjoy the last year or tow (or three!) of his career.