One of the first things you learn in life as an adult, is that you can’t please everyone at the same time.

No matter what you wear, what you say, what job you study for, what colour your hair is, what music you listen to, what drink you drink, someone will always find fault with your rationale behind it. The day it finally dawns on you not to care one jot about how you are perceived by others and instead focus on doing something because you want to do it, is a crucial day in the development of any person.

I bring this up, because for the next three months, there is nothing that Arsenal can do that will please everybody. Anything that they do, or try to do, will be debated, analysed, debated and then analysed again.

Why? Simple, because there’s no more competitive Arsenal games to worry until August and we need something to fill the void.

Take the ongoing Granit Xhaka saga, for example. Bild are reporting that Arsenal have bid €25m for the Borussia Monchengladbach skipper. Considering that last week they were reporting that Arsenal had bid €50m, this seems like a curious development, but we’ll leave that aside at the moment because no matter how Arsenal go about signing the Swiss midfielder, it will be perceived as being wrong.

If Arsenal open negotiations with a low bid, then they’ll get labelled as ‘cheap’ and ‘ponderous’ and ‘unambitious’, even though they’ll be doing nothing that the rest of us don’t do when trying to buy a new house or car. Everyone haggles. EVERYONE. If you get told to get stuffed and pay full price, then you pay full price, but only after chancing your arm first.

What puts Arsenal in such a no-win situation though, is that if they walked into Monchengladbach with a burlap sack full of used £50 notes, dumped it onto the boardroom table and said, “Here. There’s the €50m you asked for. We don’t care about the cost, just take our money.”, then they’d be criticised for overspending. Remember how we all mocked Manchester United for paying £46m for Anthony Martial last summer? 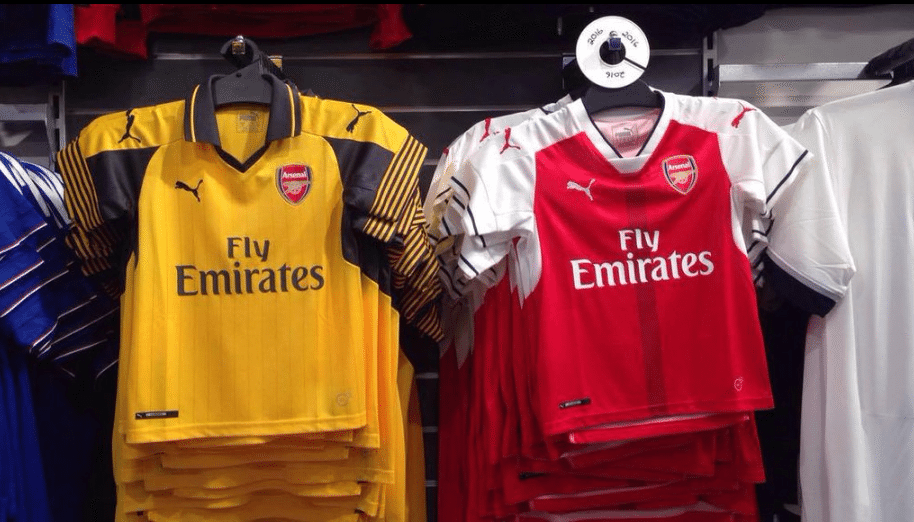 Then there’s the new kits. Arsenal’s away kit is yellow and pewter, just like it was in 2006. For those who prefer Arsenal to stick to tradition, anything other than yellow and blue is unacceptable. But fans also want Puma to give the club as much money as possible, meaning that a change in colours every year is inevitable, just so that there’s a reason to buy it. (PS: Here’s the third kit for this season. It’ll sell like hot cakes, just because it’s different.)

The next three months are going to seem like an eternity, because there are a large group of Arsenal fans who weren’t happy with how this season went, but were ultimately denied the chance to vent their frustration because Tottenham choked so violently that Arsenal still finished ahead of them.

Three weeks ago, all Arsenal fans were afraid of not finishing fourth. It’s easy to say things aren’t going well when fans are afraid of failure. Today, the vast majority of them are still laughing at the fact that they finished second and ahead of Spurs. It’s a lot harder to make the same argument that the season was a failure when only one team finishes ahead of you and that team isn’t Tottenham.

So instead of taking a break and just basking in the glory of St. Totteringham’s Day, there will be a section of Arsenal fans who are worried that the club won’t address the clear faults that they have, as soon as is humanly possible. They’ve seen the problems, and they want them fixed. NOW. Anything that gets in the way of those issues being addressed immediately will be seen as failure.

It’s a ridiculous state of affairs to find themselves in, but as of right now, Arsenal have fans who are delighted that they finished ahead of Tottenham, and they have fans who have little or no faith in the club doing it again next year. To have such a diametrically opposed fan base is incredible, but it is a testament to just how much of a mixed bag last season was.

Will Arsenal bring in players to help the squad this summer? I hope so. But is there any way of determining this in the middle of May? No. We have absolutely no way of predicting what may come from decisions made today, so why try to pass judgement until we have all the facts? Seven weeks after Arsenal bid £40,000,001 for Luis Suarez, they bid £42m for Mesut Özil. I’m just saying.

If you don’t have faith in Arsenal getting their s#*@ together this summer and bringing in the top-level signings they need to mount a title challenge, I totally understand. There were far too many under-par performances for there to be any suggestion that this squad can win the league. But there is simply no point in getting worried about it now, merely four days into the summer break. There is plenty of time to get everything sorted out.

Unfortunately, I fear that this warning will fall on deaf ears, and folks will scrutinise every report as if it is life and death. No matter how insignificant, every detail will be debated ad finitum and every source will be squeezed dry. So if you do happen to talk to an Arsenal fan before next season starts, I have only one piece of advice:

Put a tin hat on.