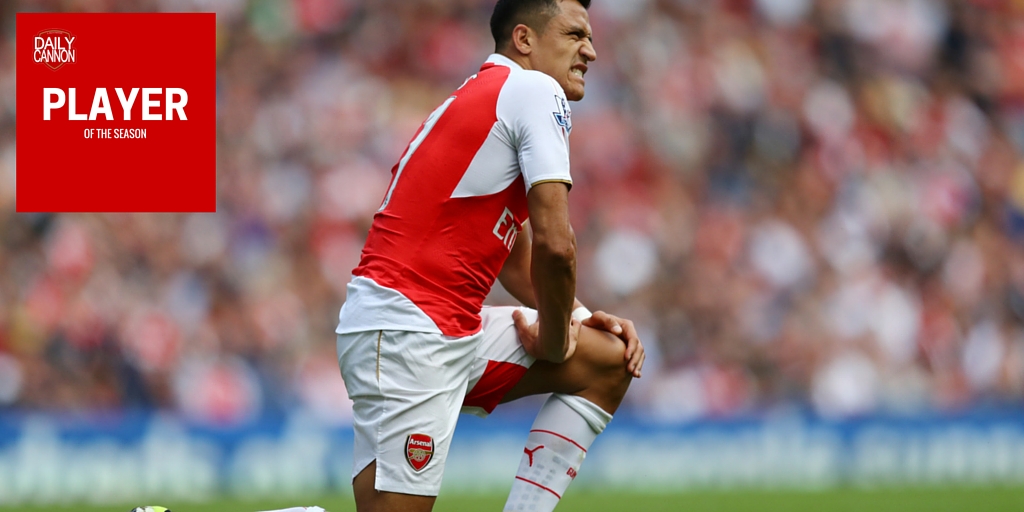 The season is over and we put our heads together at Daily Cannon to try and figure out who the player of the season is.

That didn’t seem like much of a challenge, so we’ve all given in our suggestions and, though there was a clear winner*, we thought we’d give you a 3rd and 2nd place as well.

*you’ll have to wait until Wednesday to find out who – oh, the suspense!

As far back as the first game of the season, Monreal is pretty much the only player we have been able to rely on every single week.

We may have lost to West Ham United on that Sunday but Nacho was almost certainly our best player on the day, which isn’t saying much.

Since then, he’s just been utterly dependable. Defensively, there isn’t a better left-back in all of England. Monreal is positionally intelligent and strong in the challenge. Problems down that flank are either anticipated and nipped in the bud or managed from the off.

It’s hard to think of a right-sided player in the Premier League or in Europe who has been able to truly get the better of the Spaniard this season.

Moreover, he’s a massive asset for the team on the ball. Calm, considered, and technically proficient, Arsenal’s possession game has been regularly aided by Monreal’s ability to always look like he has time on the ball, helping the side play out of pressure and/or keep possession when necessary.

When others have the ball, his overlapping runs stretch the opposition before he (usually) delivers a good ball, be it on the ground or in the air. Though he’s only managed three Premier League assists to Bellerín’s five this season, the left-back managed to deliver more key passes (28) than his compatriot (24).

Only eight players in the entire Premier League managed more key passes than Nacho this season.

Though he isn’t quick, he more than makes up for it with his intelligence. No other Arsenal player is as consistent, as reliable, as the left-back.

Arsène Wenger’s faith in the defender is obvious: despite having Kieran Gibbs, the boss has used Monreal from the start of 36 Premier League games. It’s not that Gibbs has done anything wrong but Monreal has become undroppable.

At 30, Nacho has signed a new deal with the club and we can only hope there’s more to come over the next couple of years.