Arsenal have confirmed that Aaron Ramsey will get Mikel Arteta’s number 8 shirt ahead of the new season.

It had been rumoured that Francis Coquelin would get the shirt after he vacated 34 for Granit Xhaka, but the Frenchman was spotted wearing 27 in a recent Arsenal video. Besides, he doesn’t deserve the 8.

We’ve got a new No 8… pic.twitter.com/OlWees7T5P 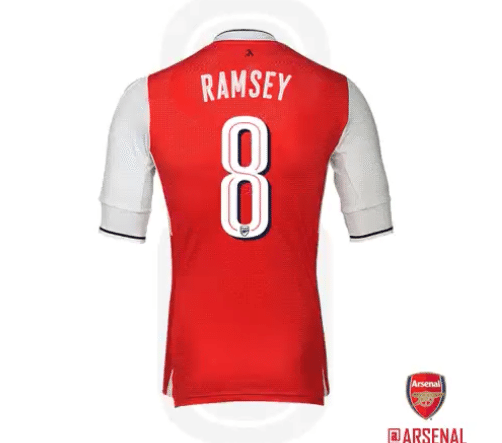 Ramsey is currently on international duty with Wales ahead of the Euros this summer and the midfielder is hopefully of his country doing well despite being in the same group as England.

Speaking to the media this week, he said “They have a lot of quality, young players who have had fantastic seasons with their clubs. They are quick, get forward and have players who can score goals.

“But every team have their weaknesses as well. We will be looking to exploit some of their weaknesses. We believe we can do that, score goals against them and keep them out.

“We will go into every game thinking, ‘We can win the game.’ We’ve had some good results against top teams, we’ve beaten and drawn against Belgium. We’ve got the ability to get maximum points.

“Every game we play we want to make a statement and we’re more than capable of that.”

This is the second number change so far with Alexis moving from 17 to 7.

It is also rumoured that Petr Cech will take the number 1 jersey.

Arsenal have yet to update any squad numbers on their website and still have Mike Arteta, Mathieu Flamini and Tomas Rosicky listed, although the latter is now without a number at all.

I would expect they will be removed when their contracts expire at the end of May.