Wojciech Szczesny has hit out at the English media after reports twisting his recent comments emerged claiming he wants a permanent move to Roma.

The goalkeeper, who has enjoyed a successful loan spell at the Italian side, merely said that he wouldn’t mind extending his stay there. However, this has translated over here as he wants out of Arsenal.

Woj took to his official Facebook page to say that he didn’t say any such thing. 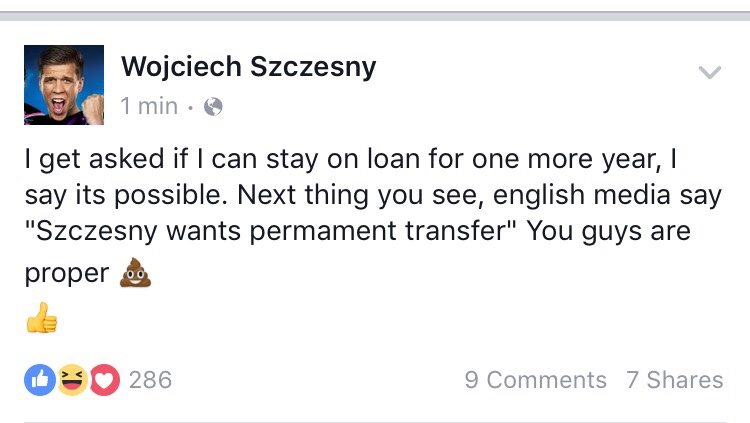 The Pole appears to realise that the chances of him walking back into the first team upon his return to north London are slim-to-none. We bought Petr Cech for a reason and unless the former Chelsea man severely screws up, he’s going to stay number one.

While Woj could learn a lot from Cech, and I’m sure he knows that, he’s enjoying the playing time in Serie A.

It’s good to see the keeper speaking up about having his comments twisted and nice to see him putting the record straight.