After a flat display at Sunderland last Saturday, Arsène Wenger must be considering a few tweaks to his Arsenal side.

That means Olivier Giroud’s place is under threat, as is Aaron Ramsey’s and Alex Iwobi’s after a disappointing performance at the Stadium of Light.

The decision in goal is a simple one: Petr Čech plays.

In front of him, we all gather that Héctor Bellerín, Nacho Monreal and Laurent Koscielny will keep their all-but guaranteed places in the side.

Per Mertesacker has started Arsenal’s last two matches and the defence has looked more settled than when Gabriel was in his place. Gabriel could yet become a fine defender but pairing him with Koscielny doesn’t appear to be the best way forward.

Midfield is tricky, too. Arsenal’s recent defeat of West Brom was one of the most relaxed and fluid performances in quite some time and saw Aaron Ramsey and Mohamed Elneny start together for the first time.

In games where Arsenal expect to have the majority of the ball, Francis Coquelin can be deemed surplus to requirements. However, a more stifled display at Sunderland last weekend could see Wenger revert to a midfield pair involving Coquelin.

Mesut Özil, of course, will start ahead of the two players at the base of the midfield.

Out wide, Alexis must play on the right again thanks to his fine form. Alex Iwobi is the obvious selection on the left and is probably going to start there but I would be interested to see Jack Wilshere in that role. It probably isn’t time for him to start just yet.

Up front, the much-maligned Olivier Giroud either needs a goal or needs to be taken out of the firing line. I expect the latter with Danny Welbeck to take his place. 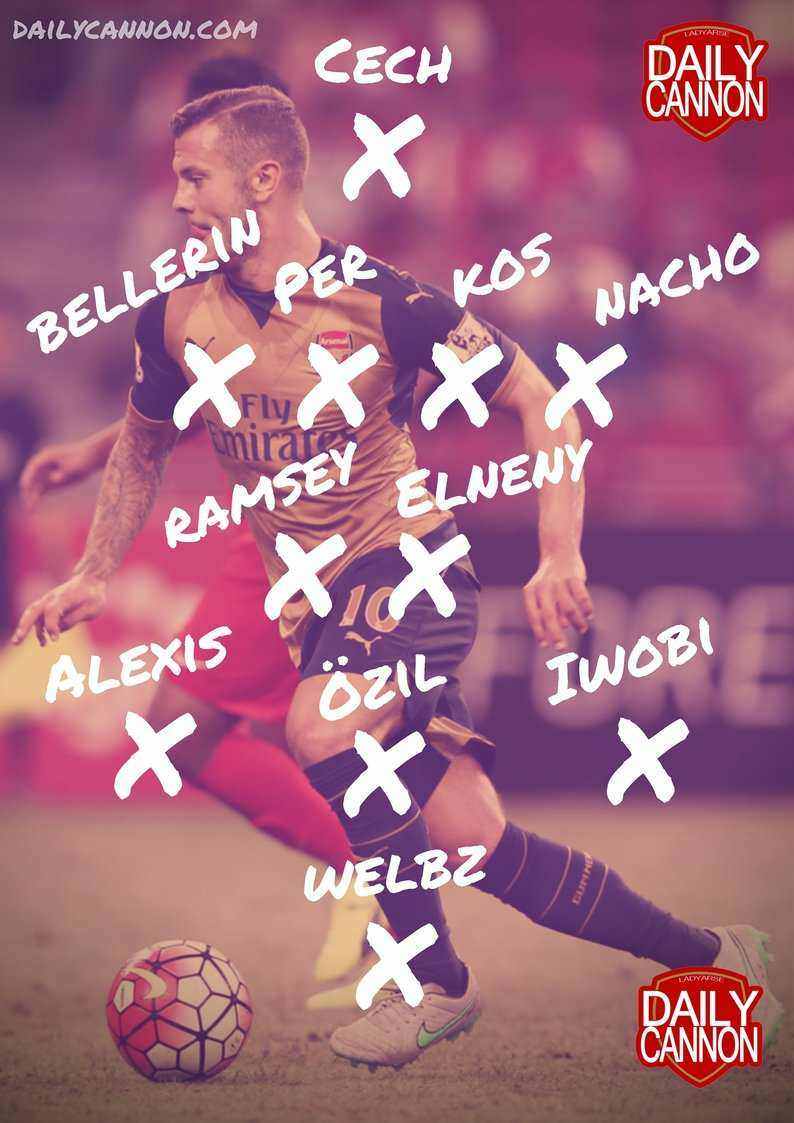