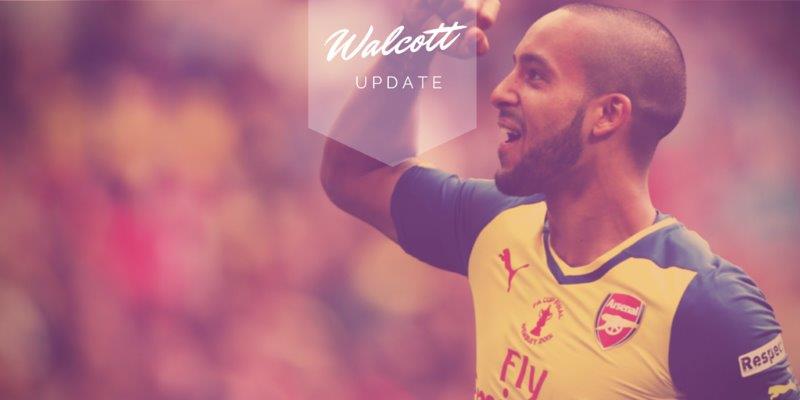 After being given a decent chance up front, Theo Walcott admitted he’s missed playing in the wing.

The forward scored a brace against Hull in our 4-0 win in the FA Cup and although Theo had a bit of a stinker, he still managed to produce something out of nothing. He even bagged himself an assist for one of Olivier Giroud’s two goals.

Speaking after the match, the 26-year-old praised the amount of attacking talent on offer in the Arsenal ranks but seemed pretty pleased with himself.

“This is the first time I’ve been playing out on the left in so long,” he said.

“I’ve probably missed playing on the wing to be honest. That’s a different sort of attacking threat for me. But the manager has great attacking options – I’ve always said I can play on any of the front three and hopefully I showed the manager what I can do but like I said, it’s not about personal goals tonight. It’s all about getting through and we’ve got a good draw next.

“It’s all about getting through and we’ve got a good draw next.”

Hopefully this brace will open the flood gates. Theo hasn’t been the same since returning from injury, despite having plenty of chances up front to prove himself, and it’s a real shame considering how much promise he showed at the beginning of the season. Wenger’s faith, as ever, appears to have paid off. Although maybe Theo is naturally just a better winger?

All we can do now is see how he fares if he plays against Watford in our next FA Cup tie at the weekend.